We take a look at the swing of the hottest man in golf heading into 2013... 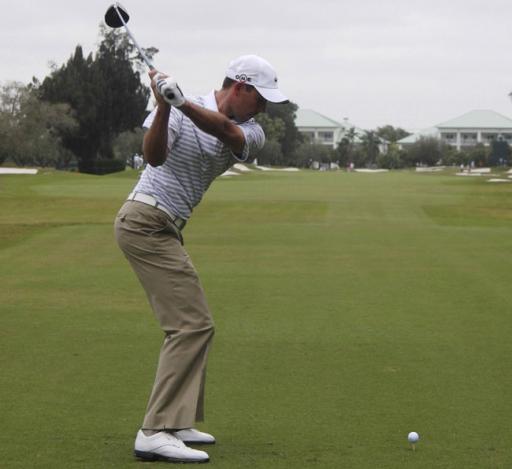 Charl Schwartzel claimed his first title since slipping on the Green Jacket some 20 months with a runaway 11-shot triumph at the Thailand Golf Championship on Sunday.

Plagued with injuries and a cold putter for the past 19 months, the 2011 Masters champion is now riding the crest of a wave off the back of 3-2-1 in his last three appearances. How proud Ted Rogers would have been...

But with a powerful, yet controlled swing like his, should we really be surprised of his current strike rate?

Schwartzel sets up in a dynamic position with his feet slightly wider than shoulder width and his spine tilted slightly to the right.

As he moves into the backswing, the 29-year-old ensures the clubhead, arms and shoulders are working as one, while the lower half remains steady. This move allows the upper body to coil against the resistance of the legs and create a powerful motion.

At the top, Schwartzel makes a 45-degree hip turn (as seen from his belt position) and a full 90-degree shoulder turn. He might be one of the skinniest players out there but he achieves his devastating power because the hips are already facing the ball while the shoulders are still turned on the target.

There is also tremendous separation between his upper and lower body as he unwinds into the impact zone. The left knee and hips bump first, then the torso fires, his arms drop and then the club reaches impact.