We take a closer look at the swing that has proved many people wrong... 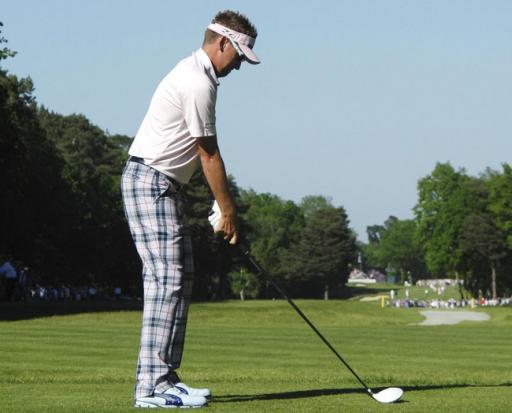 “He was never anybody you looked at and thought, ‘He’s going to be a phenomenal player.’ He told people here that he was going to win European Tour events. Everyone thought well, he doesn’t know what he’s talking about. But he did. And we didn’t.”

The words of head coach Keith Bond at Chesfield Downs in Stevenage, where European Ryder Cup hero Ian Poulter honed his game as a junior.

A fair assessment in the eyes of the 11-time European Tour champion, who helped fuel one of the greatest comebacks in sporting history in the Ryder Cup on Sunday. Yet what he lacks in natural ability, Poulter believes he more than makes up for in attitude and self-belief.

“I might not have been born with the talent of some people but I’ve got quite a big heart and I’m not prepared to go out on the line,” said the 36-year-old, who was brought up the hard way via working in a pro shop rather than attempting to earn an American scholarship and was still a 4-handicapper when he started out on his quest to become a Tour Pro.

“I’ve also got as much confidence as anyone that has ever played the game and the confidence to hit the right shot at the right time.”

While Poulter would probably be the first to acknowledge he’s not overly technical when it comes to the game, there is no doubt he has an efficient golf swing that works time and time again - just as we saw during his stellar 4-0 performance at Medinah.

Having looked at what's in his bag, let's take a closer look at how Poulter goes about driving the ball with a series of images from the 15th tee during the 2012 BMW PGA.

At address, you can see Poulter has good posture, looks comfortable, poised and sets up pretty straight to the ball.

Poulter looks to have great width at the beginning of his backswing.

Although it’s a brisk tempo, he maintains his height and straightens his right leg at the top of the backswing.

With the right leg in the proper position, Poulter can really fire his right knee and right hip through the hitting area. He also moves his head forward and face down as he is driving into the downswing.

Into the ball, and it's a full-blooded release without being too over-controlling.

Once again maintaining good balance and height, Poulter swings through the ball before posing for the cameras and walking down the middle of the fairway.