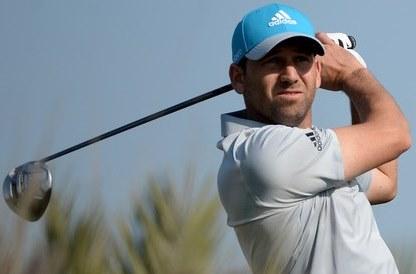 SERGIO GARCIA is starting to look like a major player. Only this time we really mean it.

Fresh off a 2013-ending win in Thailand, the 34-year-old Spaniard continued 2014 where he left off by carding a sublime final-round 65 before ousting Mikko Ilonen at the third extra hole of the Qatar Masters.

While his problems with the short stick have been well documented in the past, there have rarely been problems with his driving, both in terms of distance and accuracy.

It might not be the most methodical swing in the world, but it’s certainly one blessed with natural ability, as we can see from these driver snaps taken a few years back.

Garcia’s right arm stays straight in the backswing as he takes the club back parallel but when he moves to the top, the club aims a little left as his right elbow points down. In order for him to get back on the plane, he has to drop the club underneath the plane.

As he fires the club down, there is plenty of lag in the swing and the shaft plane is on a much flatter plane than where it initially started. The club comes from a long way behind him, underneath the right forearm, down into impact and all the way through to that familiar locked pose.

To help Garcia with his unorthodox swing, he is one of the rare players to use a 43-inch driver to help him retain his angles.