What changes has the PGA Tour made to combat LIV Golf threat?

PGA Tour commissioner Jay Monahan has outlined these changes in the wake of the LIV Golf threat. 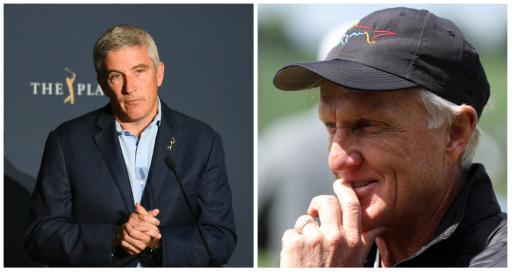 PGA Tour commissioner Jay Monahan sent a letter to players outlining the sweeping changes that will be made for the 2023-2024 season in the wake of the LIV Golf threat.

Commissioner Monahan described LIV Golf as “not healthy competition”, claiming the Greg Norman-led series is nothing more than a foreign government attempting to buy golf.

Yet the PGA Tour boss accepted that the established main tour cannot deal with the “irrational threat” by depending on legacy and track record alone.

He has outlined changes that will no doubt be attractive to the game’s biggest stars but could potentially be viewed as disappointing by the “rank-and-file” players competing for status.

So, what was announced?

A significant increase in purse sizes for eight events in 2023

More: Scheffler says he gets paid more than he deserves

There will be a return to a calendar-year schedule where the FedEx Cup will be contested between January and August.

This will no doubt be an attractive proposition to the elite players who would prefer to have a break over the winter to see their families.

At the moment, the game’s biggest stars have to be committed to events over the winter so as to not lose too much ground in the FedEx Cup points race.

Moreover, there will be changes to the qualification for the FedEx Cup Playoffs.

The 70 players who qualify for the first playoffs event will be fully exempt for the following season, including the invitational.

This has changed from 125 players.

Monahan said there will be the creation of up to three international events to be played after the conclusion of the fall schedule.

This will include the top 50 players in the final FedEx Cup points list.

Monahan said at present the PGA Tour has no plans to work with the Premier Golf League, which is a separate proposal to that of LIV Golf.

“I have not had a conversation with Andy Gardiner [of PGL]. But as I've talked about previously, we did receive a letter, we've analysed their proposal and at this point, again, going back to our business model and the strength of it, [we] don't really see an opportunity on that front.

“But, I'll stress, in any, we'll look at anything and everything, just as we have in the past. But the model we have is as strong as it's ever been and it's only getting stronger. And for the players of today and the players of the future we'll make certain that continues to be the case.”