Is Adam Scott ready to make the move to LIV Golf? "I don't necessarily see LIV as just pure evil for the game of golf." 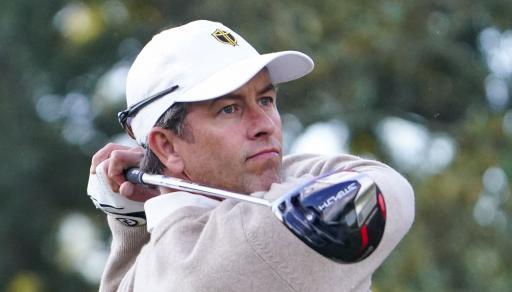 Adam Scott says Cameron Smith is "more than welcome" to make him an offer to join his LIV Golf team ahead of 2023.

Scott, 42, has been heavily linked with a move to the Saudi-bankrolled circuit in recent months, especially with a number of Australians having already jumped ship such as Open champion Smith, Marc Leishman and Matt Jones.

While happy to be the "voice of reason" for both the PGA Tour and LIV Golf for now, Scott has made it clear he is happy to listen to offers for a potential move to Punch GC, a team that is captained by Smith.

Only the 2013 Masters champion still wants to add another major to his trophy cabinet.

This is why the ongoing OWGR issue and major championship security is proving something of a headache for all Tour players considering their options heading into the new season.

"I completely understand anybody doing it," said Scott on LIV Golf.

"They have been offered an opportunity and it suits them. More power to them. I really want it to work out for them. They may or may not be taking a risk.

"As far as Cam [Smith] and Leish [Marc Leishman] recruiting me, they've got plenty of cash now so they're more than welcome to make me an offer.

"I probably haven't been able to put myself in a position where I'm willing to give up trying to win major championships."

Scott added: "I don't necessarily see LIV as just pure evil for the game of golf.

Scott confirmed his participation in the Australian PGA for the first time since 2019 earlier today.

The Australian PGA is welcoming all LIV Golf players, which means the likes of Cameron Smith will be making a return to the event from November 24 at Royal Queensland.

Scott was once again on the losing International Presidents Cup side last week, taking just two from a possible five points.