If potential LIV Golf signing Cameron Smith wants to return home to play then he will be welcomed with open arms, says PGA of Australia CEO. 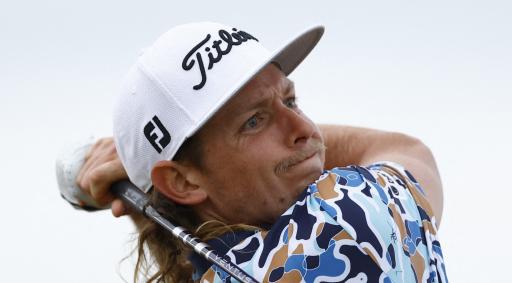 PGA of Australia CEO Gavin Kirkman has confirmed that all LIV Golf players who wish to play in Australian tournaments will be welcomed with open arms, according to Reuters.

Cameron Smith is Australia's clear No.1 player right now, ranking second in the Official World Golf Rankings following his maiden major title at the 150th Open Championship at St Andrews last month, and he has reportedly already agreed a huge deal with LIV Golf after the FedEx Cup Playoffs.

It is understood that Smith, 28, will play in LIV Golf's next tournament in Boston in early September.

Smith said "no comment" to the media when earlier pressed on the subject at this week's FedEx St Jude Championship on the PGA Tour, but he then told Sky Sports Golf's Nick Dougherty that he was "ready to cop some heat" over his decision.

The PGA Tour may have banned its members who have defected to play in the LIV Golf Invitational Series this season, but Kirkman at the PGA of Australia does not plan to follow suit.

While everyone waits for Smith to make an official decision about LIV Golf this month, four Australian players who currently play on LIV Golf include Wade Ormsby, Travis Smyth, Jediah Morgan and Matt Jones, the latter of whom was denied a temporary restraining order to compete in the FedEx Cup Playoffs earlier this week.

Marc Leishman is also understood to be heavily linked with a move to LIV Golf, according to fellow Australian PGA Tour pro Cameron Percy.

"The players coming home to play, as long as there is no conflicting event they will be welcome to play," Kirkman told Reuters.

"The Australian players that come home from wherever they’re playing at the moment, if they’re members of our organisation they’ll be eligible to play and that’s been discussed with the other tours."

Kirkman also gave his thoughts to Reuters about a potential first LIV Golf tournament being staged in Australia next season in a new $405 million LIV Golf League.

"Some people are going to love it and some people aren’t, but if it comes to Australia we’ve got to be in a position where we stay focused on our strategy," he said.

"If (fans) get out and see some golf under a different format, that’s up to them."