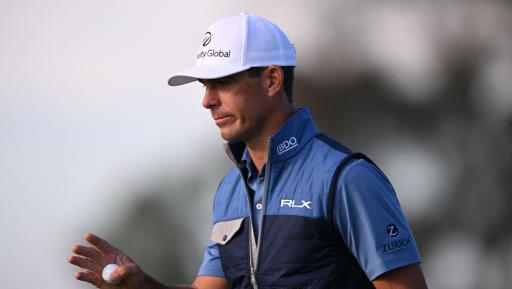 Speaking to Fairways of Life with Matt Adams, Horschel was confused as to where Mickelson got his information from as regards the PGA Tour's funds and access to media.

Horschel's judgment is also based on the 51-year-old's words on the Saudi golf league. Mickelson has supposedly signed an agreement with the Saudis in order to gain leverage to improve the PGA Tour.

Horschel, a six-time winner on the PGA Tour, has not formally committed to the tour like Dustin Johnson and Bryson DeChambeau did on Sunday, but it certainly seems like the 35-year-old is staying put.

"I’ll put it this way. They were a little bit idiotic," Horschel said.

"Some of the statements made are lies or false. I don’t know where he got his information from. It’s unbelievable that he would say certain things because he understands how the PGA Tour works.

"For him to say certain things about obnoxious greed and the PGA Tour is sitting on $20 billion and some other things, are complete lies.

"I may not see all the numbers that a Player Director might see in board meetings, but I see enough to understand the money is being used correctly. And it’s being used how the PGA Tour says it is.

"It’s tough because Phil has been a great ambassador to the game of golf and I honestly feel he’s hurting his reputation and tarnishing his legacy a little bit."

Horschel, who is yet to compete at the Ryder Cup, also questioned the prospect of Lefty one day becoming captain. He has made 12 appearances for Team USA in his career and he was a vice-captain in 2021.

This contention is similar to reports surrounding Ian Poulter. The Englishman was reportedly offered up to $22 million to join the Saudi golf league, but accepting the offer could jeopardise his future involvement in the Ryder Cup.

The same could be said for Lee Westwood, who refused to divulge his involvement in the Saudi tour as he has signed a Non-Disclosure Agreement.

A significant number of the world's top players have now rejected the movement which is being funded by LIV Golf Investments and the Public Investment Fund which represents the Saudi Arabian government.

"That’s a decision for the PGA of America and the former captains. I would say at this point in time, if that decision had to be made if the Ryder Cup was next year for Bethpage (2025), it would be hard-pressed for me to see him actually get that spot," said Horschel.

"I would think they would sort of say we just can’t go down that route. But we’re three years away from that. Things can be corrected, people can admit wrong and do things the right way going forward.

"Hopefully, if that’s what he wants to be, a Ryder Cup captain, there is some way for him to sort of fix anything that sort of has hurt him."