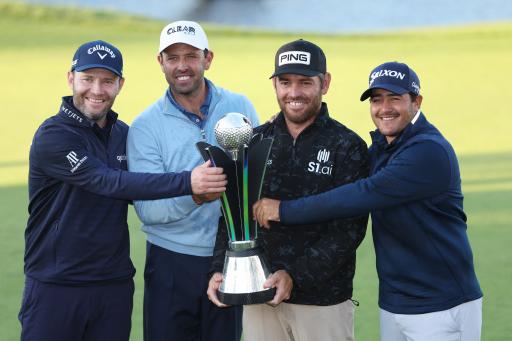 Branden Grace maintained the South African domination of the LIV Golf Invitational Series by winning the second event at Pumpkin Ridge on Saturday.

Grace shot 7-under-par in the final round to beat the likes of Patrick Reed, Dustin Johnson and Louis Oosthuizen on his way to pocketing $4 million.

After Charl Schwartzel won the inaugural event near London at the start of June, Grace also enjoyed some of the riches of Stinger GC winning the team event at Centurion.

Altogether, the 34-year-old has won $6.4 million on the new series commissioned by Greg Norman. Last month, Grace revealed he resigned his PGA Tour card like many other players.

"Played flawless golf, played really, really well when I needed to do something special and came up and managed to pull it out," said Grace.

"But just what a great day, it was amazing to come here, this new format, this new everything is amazing and everybody here is having a blast."

Branden Grace - What's in the bag?

Next Page: Golf fans give mixed reaction to LIV Golf Series in Portland