Paul Casey hasn't played on the PGA Tour since March due to a back injury, but he is set to tee it up at the third LIV Golf Invitational event at the end of July. 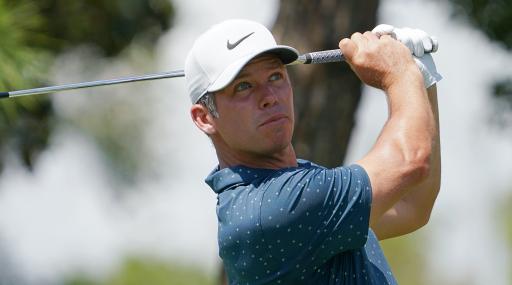 Casey, 44, is the fifth player from the 2021 European Ryder Cup side to choose Greg Norman's breakaway series. He is set to be banned from the PGA Tour if he hasn't already resigned his membership.

The Englishman hasn't played since March due to a recurring back injury. He has failed to compete in any of the majors this year, having arrived at Augusta for The Masters but he wasn't up to playing.

LIV Golf announced the acquisition of Casey on the same day that Branden Grace picked up $4 million for winning the second event of the 8-week series in Portland.

Related: Branden Grace: What's in the bag of the LIV Golf Portland winner?

"LIV Golf continues to attract the best players in the sport as it builds increasingly competitive fields with each event," said Greg Norman, LIV Golf commissioner.

"Paul Casey adds to the growing list of top 50 golfers who are excited to be part of an innovative and entertaining format that is creating something new for golf. His proven track record on a global stage adds another exciting piece to the competition as we prepare for Bedminster."

He is set to join Crushers GC, the team captained by Bryson DeChambeau who finished in outright 10th at Pumpkin Ridge, 11 shots behind Grace.

Casey also has 15 wins on the DP World Tour to his name, but his future on the European circuit is now in doubt and his future Ryder Cup involvement will be on the brink of collapse as well.

The third LIV Golf event will take place at Trump National Golf Club Bedminster on July 29, the same week as the Rocket Mortgage Classic on the PGA Tour.