As Branden Grace won the first LIV Golf event to be held in America, golf fans shared their views on the tournament on social media... 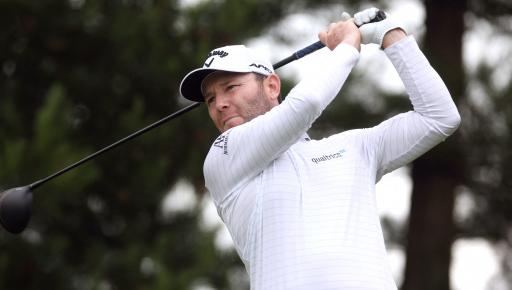 Branden Grace will undoubtedly be happy about his decision to join the controversial LIV Golf Invitational Series after winning the second rebel event in Portland.

The South African shot a final-round 65 to finish on 13-under-par, two shots clear of Carlos Ortiz, one of commissioner Greg Norman's latest recruits to the series.

Grace picked up $4 million and an extra $375,000 for coming second in the team event at Pumpkin Ridge with Stinger GC. 4 Aces were top of the pile this week led by Dustin Johnson.

It has been South African domination on the new breakaway tour as Charl Schwartzel won the inaugural event at Centurion Golf Club at the start of June.

Having added Brooks Koepka, Bryson DeChambeau and Patrick Reed to the roster just two events in, it will be interesting to see who Norman lures by the end of the month when we arrive in Bedminster.

Rumours have been circulating as to which top-10 player has accepted the millions offered by the Public Investment Fund of Saudi Arabia, but nothing has been revealed yet.

The second LIV Golf Series event was broadcast on YouTube and the tour's website, offering fans the chance to watch the action totally free.

Here is what some fans had to say about the events in Portland last night:

Honestly right!! seriously that was an epic round. The crowd tho was packed...I think they're on to something really exciting and game changing. They have the Team win and individual...how awesome is that tho.. we as golfers who like to watch golf without any BS nor politics.

Of course, there is going to be lots of negativity around a new league that is being disruptive...but without disruptions, there would be no change...well done Liv Golf, and congrats Braden!

First he’s been heard of in years The continuation of has beens, over the hills, never beens, Know they cant win on the PGA tours, d bags and simply Unlikable people no one will miss.