Mito Pereira is now represented by the same company that look after a host of LIV Golf League players, according to a report. 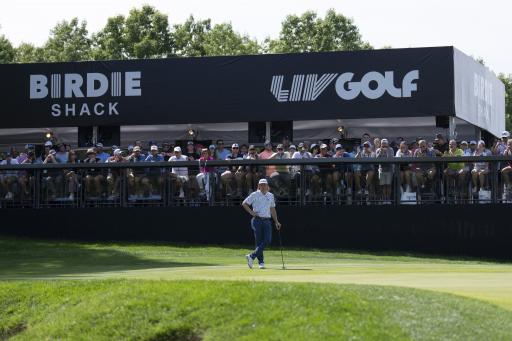 LIV Golf promised they would announce more signees before the end of 2022.

Yet we are only a few weeks away from the breakaway tour kicking off their second season in Mexico and we still haven't heard a peep.

Related: Are LIV Golf closing in on a TV deal?

The golf world has been waiting to see who will be joining the likes of Phil Mickelson, Brooks Koepka, Bryson DeChambeau and Cameron Smith.

One man who has widely been rumoured to be the next player to leave the PGA Tour is the young Chilean Mito Pereira.

According to The Telegraph, the youngster - who almost won the PGA Championship at Southern Hills in 2022 - has already penned a deal.

LIV Golf have not yet made the official announcement yet. They have been known to announce players at interesting times for maximum impact.

Koepka, in particular, was confirmed as a signee during PGA Tour commissioner Jay Monahan's annual press conference at the Travelers Championship.

It has now emerged that Pereira has switched management companies. According to Barstool Sports' Dan Rapaport, he is now being represented by GSE Worldwide.

Previously, Niemann revealed he was doing everything he could to make sure Pereira would leave the PGA Tour.

It's safe to say he is on the move, although we await the official announcement.

With billions of dollars behind the breakaway tour, it is clearly the case that absolutely nobody is off limits.

Cameron Young, the reigning PGA Tour rookie of the year, Cameron Champ, Lucas Herbert and Jhonattan Vegas will play the event in Jeddah.

Could these four be in the next batch of signings?

Champ, in particular, has been struggling with injuries. During the wraparound season, Champ missed five cuts in events.