LIV Golf has secured a broadcast deal with The CW ahead of its new season, confirms report. 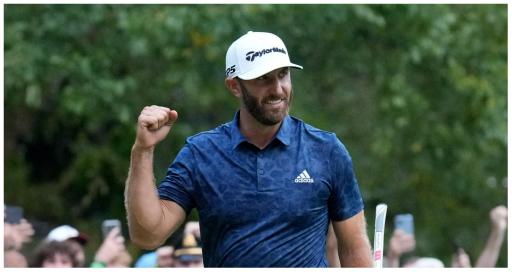 LIV Golf has reportedly secured a "multi-year broadcast deal" with The CW ahead of its second season teeing off next month, according to Front Office Sports.

The report reveals the Saudi-backed LIV Golf League will now form a multi-year agreement with The CW, which is the fifth-largest broadcast network in the USA.

The CW and CW Plus is understood to have 37 affiliates nationwide, with stations in five of the top 10 TV markets, according to Nexstar.

It is believed that The CW reaches an estimated 100 million US households.

Front Office Sports believes an official announcement will be made before the end of the week.

Financial details have not yet been disclosed.

The deal between LIV Golf and The CW is expected to be a "revenue-sharing setup".

News of The CW becoming a frontrunner for a LIV Golf broadcast deal hit the headlines last week courtesy of David Feherty, who left NBC Sports and Golf Channel for LIV Golf mid-way through last season.

"Have you heard of CW?" Feherty said after his show last Thursday.

Feherty last year revealed the real reason why he joined LIV Golf, and let's just say he got straight to the point.

The new LIV Golf League season starts up next month, just a week after the PGA Tour's "mind-blowing" new docu-series launches on Netflix.

There were reports that LIV Golf were close to striking a deal with Fox Sports towards the end of last year, but that quickly fizzled out.

Apparently, the golf circuit was prepared to pay the network an exorbitant sum of money to get its tournaments aired, but that is hardly surprising.

Some executives were reportedly concerned over the "toxic" nature of LIV given the constant references to the fact the tour is backed by Saudi Arabia and their vast wealth fund.

According to LIV Golf's antitrust lawsuit against the PGA Tour, it is understood lawyers working on behalf of the Saudi-bankrolled circuit allege the PGA Tour "worked to prevent a broadcast deal from coming together sooner".

"The Tour has compromised LIV Golf's ability to secure a television broadcast contract, a criticial component of any sustainable elite golf tour," LIV Golf allege in the lawsuit.

LIV Golf commissioner Greg Norman has constantly had to fight off accusations of sportswashing.

Norman, 67, once again pointed out the "deafening hypocrisy" with regards to this earlier in the week.

But there is no denying LIV and Norman are desperate to get their product on TV in a bid to reach new viewers.

Earlier in the month it was reported they were considering giving away the rights for free in the UK.

This hasn't come to fruition either.

Some other countries will be able to stream the coverage once more via DAZN.

It is understood that LIV Golf is still working on a separate streaming deal, so we should have more information on that soon.

But LIV Golf does at least now appear to have a broadcast partner in the USA.

That has been its goal for a while now.

The next stop will be to attract more sponsors, PGA Tour pros and OWGR points.