Cameron Champ hasn't played on the PGA Tour since November and he is set to play in the Saudi International for the first time next month. 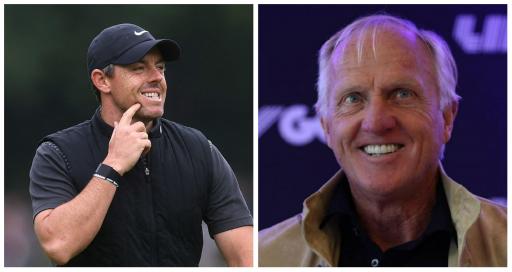 The start of the second LIV Golf season is approaching and an update to its player roster is expected in the coming days.

What is approaching even nearer is the Saudi International which will feature 62 out of 69 players who have already appeared on the LIV Golf Tour.

Cameron Young, Cameron Champ, Lucas Herbert and Jhonattan Vegas have all been granted releases from the PGA Tour to play in the event hosted by the Public Investment Fund of Saudi Arabia.

Young seems to have planted his feet in the PGA Tour camp since drastic changes were made to the 2023 schedule, despite admitting strong interest in joining Greg Norman's ranks.

The 2022 Rookie of the Year competed in the Sentry Tournament of Champions and he is in the strong field at The American Express in La Quinta this week.

But much like Herbert, Champ has been absent on the PGA Tour in recent months and he is set to make his debut at the Saudi International at the start of February.

The three-time Tour winner has played in The American Express for the last three years, but this year he is absent. We don't know if he will enter the Farmers Insurance Open next week as of yet, an event he has played in for the last four years.

Perhaps his inclusion in the field at Torrey Pines could provide an indication that he is staying with the PGA Tour and not moving to LIV Golf.

It has been hush-hush on the recruitment front for LIV and Norman. The roster includes exciting names such as Cameron Smith, Dustin Johnson, Phil Mickelson, Brooks Koepka and Bryson DeChambeau, but you could assume LIV won't stop at that.

Champ may not have the same number of career titles as these players, but he could bring the excitement factor with his explosive long game. The 27-year-old was ranked first in driving distance in 2022 and he also topped the club head speed department.

LIV is still trying to grow its fanbase and attract new faces to its screens and showing highlight reels of Champ's 300-yard-plus drives at each event could help to increase excitement and convince people to buy tickets.

It is easy to assume those who requested releases to play in Saudi Arabia will want to join LIV Golf. This mightn't be the case, but 12 months ago, this event was seen as an opportunity for LIV representatives to meet with players and discuss steps with the breakaway league.

You could also assume LIV Golf won't begin a new season with more fresh faces and Champ's entry into the Saudi event for the first time, along with his absence on Tour, could point towards potential defection.