Phil Mickelson was not listed in the field, but Dustin Johnson found the offer "too compelling" to turn down. 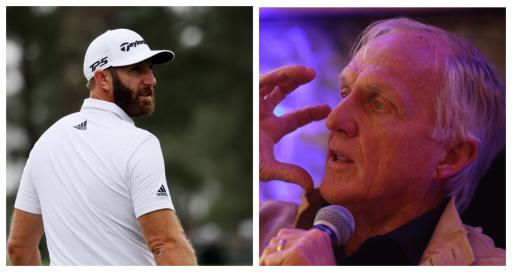 Phil Mickelson was the surprise name left out of the field for the first event of the Saudi-backed LIV Golf Invitational Series at Centurion Club next week.

Instead, the surprise came from former World No.1 Dustin Johnson who has been named in the field for the $25million opening event in St. Albans.

The 37-year-old two-time major winner was previously widely linked with the rebel circuit but released a statement in February pledging loyalty to the PGA Tour.

Now he appears to have gone back on his word which will surely enrage the Tour’s commissioner, Jay Monahan, as he ponders his next move.

Johnson’s agent, David Winkle, released a statement to various golf media outlets that said he’s never had “any issue” with the PGA Tour and he’s “grateful for all it’s given him”.

“But in the end, felt this was too compelling to pass up.” The statement added that Johnson has been pondering this offer for two years.

Mickelson is not in the field. He could still turn up next week as his agent Steve Loy previously confirmed the 51-year-old has applied to the PGA Tour for a release.

The PGA Tour have previously issued threats of suspensions and bans if their members participate in this rebel league. They denied all requests for this tournament.

That leaves six remaining spots for the 48-man field which will comprise of teams of four. There is also an individual element. The remaining players will be announced on 6 June.

More: How much do the tickets cost at Centurion Club?

Next page: Monty wades in on Mickelson drama