J.T. Poston on the brink at John Deere Classic as England's Tarren eyes The Open

J.T. Poston is on the brink of his second PGA Tour victory after widening his lead at the John Deere Classic. 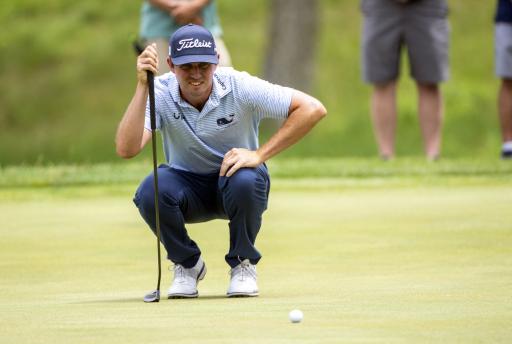 J.T. Poston is looking to go wire-to-wire at the John Deere Classic on the PGA Tour after widening his lead to three shots after 54 holes at TPC Deere Run.

Poston added another round in the 60s in Illinois to reach 19-under par on Saturday. His 67 included four birdies, two bogeys and an eagle.

He opened with a 62 on Thursday and followed that a solid 65 on Friday which now sees the 29-year-old well positioned in search of his second PGA Tour win.

Poston leads a group of three players who are grouped at 16-under par. Scott Stallings, Emiliano Grillo and Denny McCarthy are all within striking distance.

England’s Callum Tarren, who briefly held the lead at the most recent U.S. Open at The Country Club at Brookline, is one stroke further adrift at 15-under par.

Tarren has not qualified for the landmark 150th Open Championship at St. Andrews. A win will see that dream become a reality and he admitted that “it’s time to go low”

Tarren told the media: “Obviously it's in the back of your mind. One of my goals this season on the PGA Tour is to try and win. The second goal -- first goal was to keep the card; second goal was to try to win.

“A good round tomorrow will probably tick a few of those boxes, and hopefully all three.”

Tarren added that he hasn’t not even played St. Andrews.

He added: “Yeah, I don't want to get too far ahead of myself. Obviously, there is still plenty of golf to go, and that golf course is providing a lot of birdies to players.

“So, I understand that some someone might come from behind tomorrow and shoot a low one, so I've just got to keep my foot to the floor and make as many birdies as possible and eliminate the mistakes.”