LIV Golf CEO Greg Norman on PGA Tour bans: "The hypocrisy in all this, it's so loud." 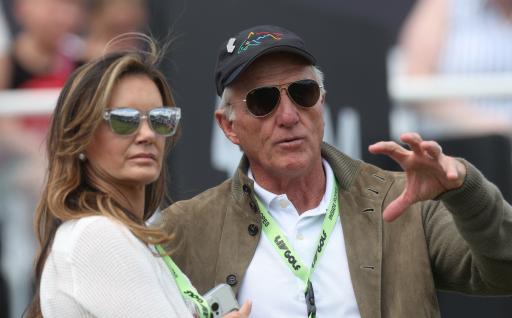 Greg Norman has hit back at the PGA Tour's decision to ban players that have joined his LIV Golf Invitational Series by claiming there is "hypocrisy" behind their actions.

PGA Tour players linking up with LIV Golf are now booted from the FedEx Cup standings and they will also be ineligible to compete at the Presidents Cup this September.

There is also a strong likelihood these players will also be out of the running to compete at the Ryder Cup.

But two-time major champion Norman, CEO of LIV Golf, considers the PGA Tour is very much guilty of "deafening" hypocrisy right now given the companies in which they work alongside in 2022.

"Look, if they want to look at it in prism, then why does the PGA Tour have 23 sponsors within the PGA Tour doing 40-plus billion dollars worth of business with Saudi Arabia?" Norman said during an appearance on Fox News on Saturday.

"Will Jay Monahan go to each and every one of those CEOs of the 23 companies that are investing into Saudi Arabia and suspend them and ban them?

"The hypocrisy in all this, it's so loud, it's defeaning."

What do you make of Norman's latest comments? What do you make of the way the PGA Tour have responded in dishing out bans for the Saudi golf rebels? Share your thoughts over on GolfMagic's social media channels - Facebook, Instagram, Twitter and Tik Tok. You can also come and join us over on our YouTube channel.