Mexico's Abraham Ancer set to be announced as the next PGA Tour player to join LIV Golf. 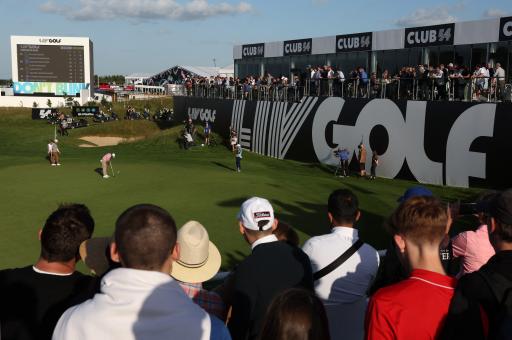 PGA Tour star Abraham Ancer will "100%" be joining LIV Golf ahead of the circuit's Portland event at the end of this month, according to the popular 'No Laying Up' podcast.

If the Mexican does make the move to LIV Golf, which sounds like it will be the case, then he will be banned from all PGA Tour events moving forwards and will become ineligible for the International Presidents Cup team this September.

There will be more announcements rolled out one by one this week. https://t.co/TwPqjDHZo5

"Ancer is 100% gone," tweeted NLP. "There will be more announcements rolled out one by one this week."

PGA Tour on-course announcer and former player Colt Knost replied: "That's interesting to me considering Abe signed with FanDuel Sportsbook last week and they are partners with the PGA Tour."

Ancer was a late withdrawal from the US Open at Brookline last week due to illness.

He has been struggling to find any real form so far this year with just three top-10 finishes from 15 starts around the world this year.

Ancer picked up one of those top-10s at the Saudi International, with a tied eighth, giving even more reason to believe he will be heading to the Saudi-funded LIV Golf Invitational Series.

The next LIV Golf tournament is in Portland from June 30 to July 2.

Bryson DeChambeau and Patrick Reed recently signed up to play in the tournament, with DeChambeau believed to have received in the region of $100 million to play LIV Golf events this year.

Dustin Johnson and Phil Mickelson also confirmed their allegiance to LIV Golf ahead of the inaugural LIV Golf London event two weeks ago.

Johnson, who has now resigned from the PGA Tour, is said to have earned $150 million from the deal, with Mickelson even more at $200 million.

More players are set to be confirmed by LIV Golf this week.

There had been some rumours last week that Xander Schauffele, Viktor Hovland, Collin Morikawa and even Brooks Koepka could be joining LIV Golf, but Schauffele has denied such talk.

It is now understood that a "two-time major champion" will be heading the way of LIV Golf from the PGA Tour.

Many people now suspect that player to be two-time Masters champion Bubba Watson, but let's wait and see.