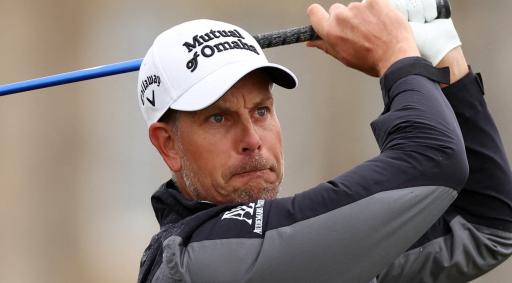 European Ryder Cup captain Henrik Stenson is reportedly going to be confirmed as one of the next names to join LIV Golf, according to Swedish sports channel Sport Expressen.

The article claims Stenson, who won the 2016 Open Championship, is "close" to breaking away from the DP World Tour and PGA Tour to join the controversial Saudi-funded LIV Golf Invitational Series.

Should the 46-year-old Swede make the move to Greg Norman's money-making LIV Golf circuit, it would more than likely mean he will be forced to surrender his 2023 European Ryder Cup captaincy.

According to Sport Expressen, Stenson is understood to be one of several new players joining LIV Golf.

"A source with good insight says that Stenson is almost ready for the Saudi-funded tour," reads the article.

"The LIV Tour will present several new golfers. As it is now, Henrik is one of them.

"But there are always new offers from both LIV and the traditional tours. This means that there is a small chance that he will change, the person says.

"When you see the dynamics between Stenson and the DP World Tour this week, they barely say 'hello'."

Sky Sports Golf's Jamie Weir has also tweeted this evening that Stenson is "expected to join LIV Golf imminently and to be stripped of the Ryder Cup captaincy."

It should also be noted that Stenson, as a former Open champion and the current European Ryder Cup captain, was not even offered a press conference by the R&A ahead of the 150th Open Championship at St Andrews this week.

R&A boss Martin Slumbers said on Wednesday that LIV Golf players were not called for pre-interviews as the organizer wanted to keep the focus on the competition.

Stenson did, however, play in the Celebration of Champions tournament at the start of the week.

He would go on to miss the cut in The Open by one shot on 1-over par.

Sport Expressen said they have tried to reach out to Stenson and his agent for further comment but they have refused.

They approached LIV Golf for comment and they replied: "We will keep you updated on developments."

DP World Tour have said they do not wish to comment on the speculation.

GolfMagic tried to speak to Stenson during the Open Championship earlier this week to discuss his potential links with LIV Golf but he declined the interview.