This INCREDIBLE stat on Dustin Johnson's LIV Golf earnings will blow your mind!

Dustin Johnson was announced as the inaugural LIV Golf individual champion after coming 16th at the Bangkok Invitational, securing himself $18 million. 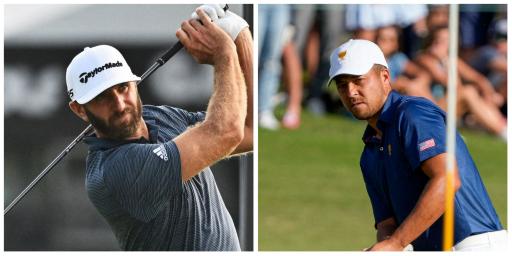 Dustin Johnson told the media at the first LIV Golf Invitational at Centurion that he made the controversial switch to do what was best for his family.

If he was referring to the financial security of his family, his children and his children's children, then the two-time major champion has certainly delivered on that front.

Through six events on the LIV Golf Tour, he has earned $12,758,600. He has undoubtedly been the standout player in 2022 with a win at the Boston Invitational and three top-five finishes in the other four events.

Now that he has secured the individual championship title with the Jeddah Invitational still to play this week, Johnson has banked a staggering $18 million, the same amount that Rory McIlroy won when claiming his third FedEx Cup title.

This has taken his LIV Golf earnings to $30,758,600, a truly unbelievable figure after six events. This is why the prize money was a key reason for some players who made the switch to the series commissioned by Greg Norman.

To put this into context, this figure is more than Xander Schauffele has earned in his whole PGA Tour career. Just to remind you all, Schauffele joined the Tour in 2017 and he has won seven times since.

Adding an Olympic gold medal to his trophy haul too, the American has earned $30,451,257. LIV Golf has given one player the career prize money of one of the PGA Tour's most consistent players in the space of five months.

Not that this statistic would ever necessarily bother Schauffele, but he is not the only player that Johnson's LIV Golf earnings dwarf.

Bryson DeChambeau won eight times on the PGA Tour before playing in the Portland Invitational including a win at the US Open. He earned $26,519,235.

Cameron Smith won The 150th Open Championship in July which was his most recent win on the Tour his six-win haul. His earnings stood at $27,037,033 before leaving for LIV.

With two events still to play on the breakaway series, Johnson is not done yet on the prize money front. It is also worth noting his golf has been superb and his consistency has earned him riches.