Telegraph Sport reports Open champion Cameron Smith has agreed to join LIV Golf and he will compete in their next tournament. 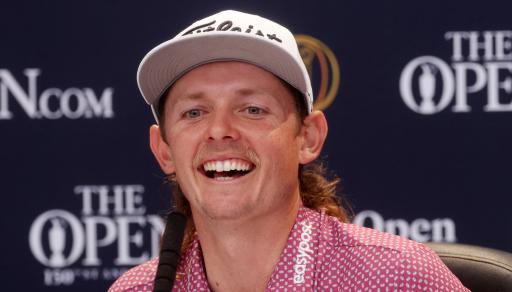 Cameron Smith has signed a huge $100 million-plus deal to join the LIV Golf Tour, according to a report in Telegraph Sport.

Smith, who won the 150th Open Championship at St Andrews to move to second in the Official World Golf Rankings, is arguably the biggest signing for the Saudi-backed LIV Golf Invitational Series thus far.

Moments after etching his name on the famous Claret Jug last month, Smith refused to rule out the prospect of him moving to LIV Golf.

Fast forward to this week ahead of Smith competing in the FedEx St Jude Championship on the PGA Tour this week, and it has come to light in a report published by Telegraph Sport that the 28-year-old Australian has been persuaded to join LIV Golf by compatriot Greg Norman.

Related: Why have the PGA Tour not suspended Cameron Smith from the FedEx Cup Playoffs?

Smith will even play in LIV Golf's next tournament in Boston at the start of September, claims Telegraph Sport, and the signing-on fee is north of $100 million which is something that fellow Australian and former Open champion Ian Baker-Finch confirmed after The Open.

"A formal announcement is not expected until the three-week FedEx Cup play-off series has finished," reveals Telegraph Sport.

Smith was asked about his reported switch to LIV Golf ahead of the FedEx St Jude Championship, to which he replied: "My goal here is to win the FedEx Cup playoffs. That’s all I’m here for. I have no comment on that."

You can read more of his comments here.

Earlier in the day, fellow Australian Tour pro Cameron Percy revealed that Smith was about to join LIV Golf.

Smith is currently ranked second in the season-long FedEx Cup standings having won three times this year, so he has every chance of winning his first FedEx Cup and a huge $18 million first prize.

He won the year's opening event in Hawaii at the Tournament of Champions, before landing the coveted Players Championship in March and the historic Open Championship at St Andrews in his last start.

Two-time Masters champion Bubba Watson was also recently unveiled as a new LIV Golf player as he continues to recovers from injury. He said he made the decision to join LIV Golf after praying about it with his wife.

Smith will now become ineligible to compete in the International Presidents Cup team this September as a result of his ties to LIV Golf.

Norman, the CEO of LIV Golf, has confirmed that a new LIV Golf League will come into effect in 2023. The new league will comprise of an increased 14-tournament schedule and it will feature 12 established team captains.

LIV Golf and the PGA Tour remain at loggerheads heading into the end of the season, fuelled further in recent days with 11 LIV Golf players filing an antitrust lawsuit against the PGA Tour.

More major winners and PGA Tour players are expected to break away and join LIV Golf ahead of the new 2023 season.

It is understood that Smith's compatriot Marc Leishman will also be joining LIV Golf, according to fellow Australian Tour pro Percy.

Cameron Young, who finished runner up to Smith at The Open last month, is understood to have been heavily linked with a move to LIV Golf according to The Times.

Paige Spiranac's podcast co-host Amanda Rose also said she received a text from a Tour coach that read Young is "almost 100%" off to LIV Golf.

There has also been a very strong rumour that former Masters champion Hideki Matsuyama has been offered in the region of $400 million to leave the PGA Tour for LIV Golf.

Rickie Fowler, who today sacked his long-time caddie ahead of the FedEx Cup Playoffs, is another big-name player being linked with a move to LIV Golf.

Next Page: PGA Tour pro slams LIV Golf players wanting a return - "You chose the circus, stay in the circus"