Jack Nicklaus says he was offered the role "similar to the one that Greg Norman is doing" at LIV Golf Investments. 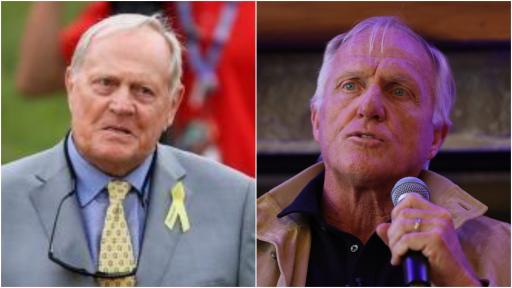 Jack Nicklaus has revealed he was offered more than $100 million to front a new Saudi-backed golf circuit, according to a story with Fire Pit Collective.

Nicklaus, 82, claims he was given the opportunity to lead the new Saudi-backed LIV Golf Invitational Series before Greg Norman, 57, was eventually named CEO of LIV Golf Investments.

"I was offered something in excess of $100 million by the Saudis, to do the job probably similar to the one that Greg is doing," Nicklaus confirmed in a piece with Fire Pit Collective.

"I turned it down. Once verbally, once in writing. I said 'Guys, I have to stay with the PGA Tour. I helped start the PGA Tour.'"

Norman and his Saudi Arabian backers will launch the new LIV Golf Invitational Series to the world of golf in the second week of June, with the first of eight events teeing up at Centurion Club in St Albans, England.

Five events will be played in United States, with a team match play final at Trump Doral Miami at the end of October.

As it stands, the 48-player field has yet to be fully confirmed in light of both the PGA Tour and DP World Tour denying releases for players to enter the first tournament in London.

Nicklaus, a record 18-time major champion, also handed out some advice to Phil Mickelson, who decided not to turn up at Southern Hills this week to defend the US PGA Championship.

Mickelson has taken some time out of the sport to concentrate on himself after a number of stories have come to light about him, none bigger than his controversial views on both Saudi Arabia and the PGA Tour at large.

Nicklaus said: "My advice to Phil would be to be patient. The world is a very forgiving place. But he's the one - he has to decide where he wants to play and what he wants to do."

It remains to be seen whether Mickelson turns up at Centurion Club for the first LIV Golf Invitational Series event and go against the PGA Tour.