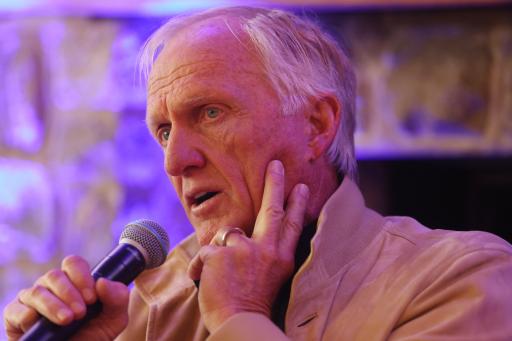 Former US PGA champion Wayne Grady has torn into his fellow Aussie Greg Norman about his work in commissioning the LIV Golf Invitational Series.

Grady, who won his first and only major title at Shoal Creek Golf and Country Club in 1990, categorically dismissed the breakaway tour in a post on social media.

The 64-year-old, who turned professional just two years after Norman, claimed that the CEO of LIV Golf Investments has been trying to "take down the (PGA) Tour for 30 years."

The LIV Golf Invitational Series is set to begin on June 9 at Centurion Golf Club near London, despite the PGA Tour and the DP World Tour not granting their players releases.

Related: The BEST TaylorMade golf balls as seen on the PGA Tour!

"I have 2 comments. Will you stop referring to it as the PGA. It's the PGA Tour. Secondly from someone who has known Greg for 50 years. Greg is only about Greg," wrote Grady.

"The admiration I had for him for what he has achieved and what he did for Australian golf is gone. For him to try and trivialise what the greats before him did to grow and create what the PGA Tour is today is an absolute disgrace.

"You should hang your head in shame Shark. I went to Jack Newton's memorial service yesterday and was surrounded by true professional golfers who believe in loyalty and history. GFY Shark."

The two-time major champion has come under extreme pressure this week as he has fielded questions about the Saudi Arabian government, which has a questionable human rights record.

The LIV Golf Invitational Series is set to offer $20 million purses in each event and players such as Lee Westwood and Richard Bland are two players to have requested releases to play.

Next Page: Justin Thomas on Sunday at AT&T Byron Nelson: "14-under is EXTREMELY doable"