LIV Golf: Dustin Johnson thanks Paulina Gretzky as he picks up $18m bonus

Dustin Johnson has picked up a cheque for $18m after becoming the inaugural individual champion of the LIV Golf Tour with two events left. 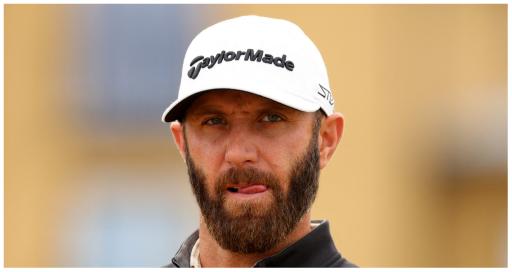 When Dustin Johnson joined LIV Golf in June, resigning from the PGA Tour in the process, he would have been licking his chops at the prize money on offer.

He reportedly signed a multi-year deal north of $100m with Greg Norman's breakaway tour and he was set to be competing in fields of only 48 players with players we're sure he has never heard of.

Johnson admitted he "didn't really know what was going on" at LIV Golf's curtain-raising event at Centurion Club, but he still picked up $625,000 for finishing eighth as Charl Schwartzel won the first $25m tournament.

Since then Johnson, now 38, has never looked back. He has featured in all five of LIV's mega-money tournaments in Portland, Bedminster, Boston, Chicago and Bangkok.

Johnson, who may have got himself in hot water with his wife Paulina Gretzky with this awkward exchange at a LIV presser, finished inside the top 10 in the first five events.

He finished in 16th place in Bangkok as Eugenio Lopez-Chacarra claimed his maiden win as a pro, which Jon Rahm took the time to pay tribute to after he won the Open de Espana on the DP World Tour.

Johnson, who is the captain of the 4 Aces GC side comprising of Patrick Reed, Pat Perez and Talor Gooch, earned himself three points for his finish in Bangkok, taking him to 121 points with an unassailable 42-point advantage over Branden Grace.

It means that Johnson has picked up a bonus cheque of $18m for becoming LIV's individual season champion.

"Locking up the individual competition is big. It's an honour to be LIV's first individual season champion," Johnson said.

"I'd like to thank Greg Norman and LIV for their confidence in me, my brother and caddie Austin, my wife Paulina, my 4 Aces team-mates Pat [Perez], Patrick [Reed], and Talor [Gooch], as well as LIV's growing legion of fans around the world.

"Our team is in a really good position with two events to go and I'm looking forward to further contributing to LIV Golf's exciting story and continued growth."

Related: Dustin Johnson did not like the thunder in Bangkok

Norman added: "The first chapter of LIV Golf's history could not be written without Dustin Johnson's name," said LIV Golf CEO and commissioner Greg Norman. "By any measure, DJ is among the elite players in the world.

"From the start, he's been a LIV Golf cornerstone. He has more than lived up to his billing and he deserves immense credit for clinching LIV's first individual season title. We look forward to a celebration befitting such a champion in Miami at the end of October."

The runner-up of the individual standings will earn $8m, while $4m will be handed out for the golfer who finishes in third place.

The aforementioned Grace is currently in second, with a number of players still in contention to pick up even more cash.

Related: Who will join LIV Golf next?

They will head to Royal Greens Golf & Country Club in Jeddah, Saudi Arabia over 14-16 October before the season-ending $50m Tour Championship in Miami at Trump Doral over 28-30 October.