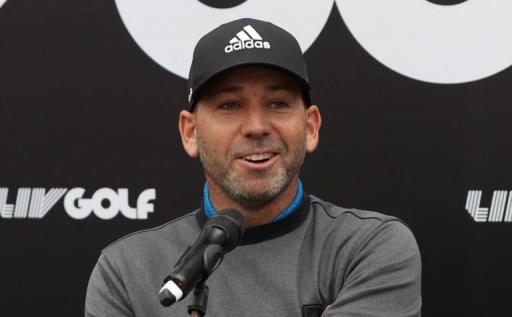 That is now all confirmed.

LIV will also be taking a trip to Sentosa Golf Club in Singapore, which has previously hosted the Singapore Open on the DP World Tour.

The move to Mayakoba will no doubt have had something to do with two of Mexico's best players Abraham Ancer and Carlos Ortiz now being LIV Golf players.

The same story applies for Valderrama in Spain now that one of its greatest ever players in Sergio Garcia has based himself on the breakaway circuit.

Talking of great Spanish players, we caught up with golf legend Jose Maria Olazabal to get his thoughts on all things LIV, Garcia and recent DP World Tour Championship winner Jon Rahm this week.

There will be 14 tournaments in total in the revamped LIV Golf League for 2023. That is six more events than its inaugural 2022 season.

The new season will start at Mayakoba in Mexico from February 24 to 26.

Sentosa in Singapore will join from April 28 to 30, which is two weeks after The Masters.

Valderrama in Spain will then be up from June 30 to July 2, which falls three weeks before The Open Championship at Royal Liverpool.

As for the remaining 11 tournaments on the LIV Golf League in 2023, we await further details soon.

No doubt a number of venues that hosted tournaments on LIV Golf in 2022 will be invited back for another crack in 2023.

Other changes for 2023 on the LIV Golf Tour include the total prize fund increasing to a whopping $405 million from $255 million.

There will also be 60-player lineups with all 12 four-man teams each week receiving one substitute player as and when required.

Check out the full changes here.