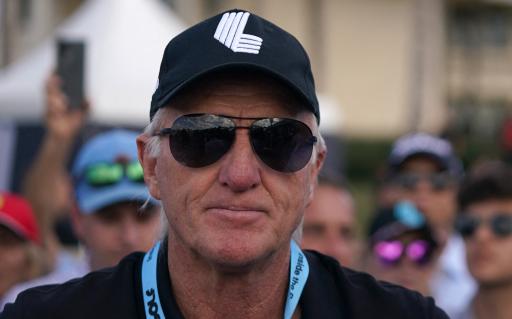 LIV Golf might be struggling to acquire PGA Tour professionals ahead of 2023, but the Saudi-bankrolled circuit has least managed to obtain Mexico's El Camaleon Golf Club from their rivals for its lid lifter.

The news emerged earlier today in a report by Golfweek's Alan Schupak, and the likelihood of such news was also revealed two weeks ago by the popular Handicap 54 account on Twitter.

Wide information. Only details are missing so that @GolfMayakoba be the first event @LIVGolfInv , next year. If they manage to specify those details, Mayakoba would be the venue for the first event of 2023. https://t.co/dxCslvLZNq

El Camaleon GC, which is designed by LIV Golf CEO Greg Norman, has hosted the World Wide Technologies Championship at Mayakoba on the PGA Tour from 2007 all the way through to the present day. Russell Henley won the tournament last month.

But now the golf course, if it wasn't already before, is very much in Norman's hands as it has now been confirmed as the host venue for the first tournament of the new 14-event LIV Golf League.

The new LIV Golf League will feature 60 players, an extended eight-month schedule and additional money among many other changes, which you can learn more here.

An official announcement about El Camaleon's new partnership with LIV Golf is expected to be made on Tuesday.

And according to our information, we are missing 2 or 3 venues to know. In fact, it was questioned if Jeddah inaugurated everything, because it was putting pressure. Jeddah will not be in LIV, FOR NOW, and Mayakoba will inaugurate everything. https://t.co/i7s5RCqN3W

The switch in circuits for El Camaleon GC comes off the back of a revamped PGA Tour schedule featuring a number of 'elevated' tournaments in a bid to maximise playing fields and purses. As such, the Mayakoba tournament was left off the 'elevated' list.

World Wide Technology will remain a title sponsor on the PGA Tour, but it is understood the company will now be working with the circuit to find a new golf course for their annual tournament.

As Barstool Sports' Dan Rapaport highlights in the below tweet, the news is hardly much of a surprise when you consider both of Mexico's top two golfers Abraham Ancer and Carlos Ortiz have jumped ship from the PGA Tour to LIV Golf this year.

Makes a ton of sense. Fall PGA Tour events have been decimated by new schedule. Ancer and Ortiz weren't going to LIV without knowing some events would be coming to Mexico. Plus, El Camaleon is designed by Greg Norman.

Earlier this month it emerged that historic European Tour and Ryder Cup venue Valderrama has been removed from the DP World Tour schedule in 2023. This has only strengthened the rumour that the famed Spanish venue could be headed to LIV Golf next year.

The DP World Tour had been confident that nothing would come of discussions, but speculation has grown stronger with the venue's omission from next year's schedule.