LIV Golf player Lee Westwood has been working tirelessly in the gym as he prepares to play in the sixth event of the Saudi-backed series. 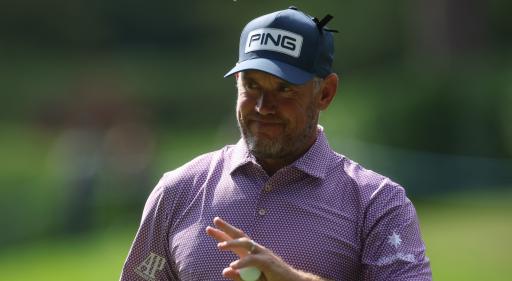 If you need a lesson on achieving longevity and competing at the highest level of your sport for as long as possible, you'd do well to speak to Lee Westwood.

Since turning professional in 1993, he has won 25 times on the DP World Tour and twice on the PGA Tour. He has represented Europe at 11 Ryder Cups and was part of seven winning teams.

As we all know, a major trophy has always evaded him despite also spending 22 weeks at World No.1. There aren't many golfers at the age of 49 who can still compete with the best in the game.

The key to this? Westwood posted a clue on Twitter earlier today. It was a video of a tireless work session in the gym, a session that even Bryson DeChambeau could find hard to watch.

In the 2021 PGA Tour season, we saw the fruits of DeChambeau's arduous gym labour. He became a major champion at the US Open at the start of the season and he also won the Arnold Palmer Invitational, battling against none other than Westwood himself.

The Englishman labelled the gym footage: "Monday Morning Madness." The footage also provided an insight into the physical preparation that players such as Westwood and DeChambeau must undertake to maintain performances at the highest level.

Westwood has had to deal with a lot of scrutiny since joining the LIV Golf Series. He was part of the first crop of players to tee it up at Centurion at the beginning of June.

He finished 15th at the most recent event in Chicago, but his best finish so far came in Boston when he placed in tied fourth. He is set to tee it up at Stonehill Golf Course just north of Bangkok on October 7.

This will be the first LIV Golf event to venture outside of the USA and the UK to the international stage. The breakaway league will continue to Jeddah after that on October 14.