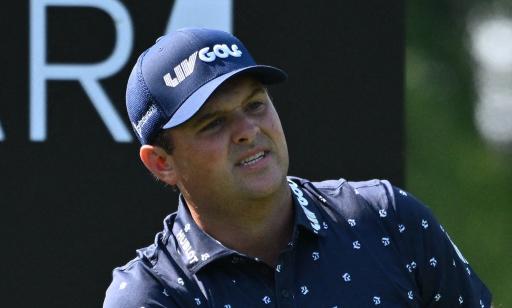 Patrick Reed helped the 4 Aces GC win their fourth consecutive LIV Golf team event in Chicago on Sunday night, and then revealed how his login credentials for the DP World Tour have not worked for two weeks.

Open champion Cameron Smith won the tournament by three shots on just his second start and he collected the biggest first prize of his career with a cheque for $4 million.

Johnson, however, has incredibly amassed $12.5 million from just five LIV Golf tournaments this season, while Reed himself has landed just shy of $6 million.

With a gap in the LIV Golf schedule until next month, DP World Tour Honorary Lifetime Member Reed is heading over to compete in this week's Open de France where he starts a warm tournament favourite at the famous Le Golf National in Paris.

There is just one issue though. Reed is not able to login to the DP World Tour.

After his round, Patrick Reed said his login credentials for the DP World Tour have not worked for weeks, despite resetting the password.

"It hasn't worked for two weeks, which is interesting. It worked a month ago."

"It hasn't worked for two weeks, which is interesting. It worked a month ago," Reed told GOLF's Sean Zak after his final round at LIV Golf Chicago.

We have reached out to the DP World Tour for comment, but have received no response just yet.

Reed recently revealed he has resigned his PGA Tour membership but that he is determined to continue playing on the DP World Tour as an Honorary Lifetime Member.

The 2018 Masters champion finished a respectable tied fifth at the DP World Tour's flagship event of the season at the BMW PGA Championship at Wentworth two weeks ago.