Paul Casey: "We've got a lot of questions but they all seem to be coming our way and not his way." 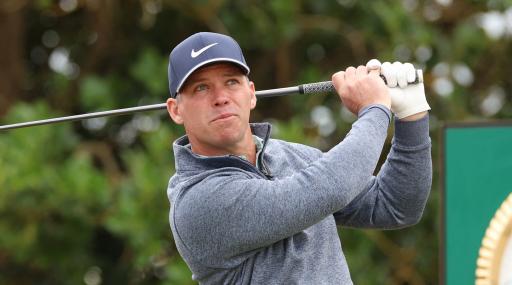 Paul Casey says he wants questions answered by the European Tour (now the DP World Tour) as to "why the relationship deteriorated" so quickly between themselves and Saudi Golf in light of the new Saudi-funded LIV Golf Invitational Series.

The Saudi International was previously staged on the European Tour from 2019 to 2021 before moving onto the Asian Tour earlier this season.

Casey, a former Unicef ambassador, bypassed the inaugural Saudi International on the European Tour over concerns about the country's human rights record.

But since then, the Englishman has performed a spectacular U-turn by playing in that particular tournament the past two years, and he has now agreed to join the LIV Golf family as part of Team Crushers GC led by captain Bryson DeChambeau.

Casey, who makes his LIV Golf debut in Bedminster this week, is bewildered as to why now all of a sudden the European Tour has such a problem with LIV Golf, which is bankrolled by the Saudi Arabia Public Investment Fund.

You could argue many people still want answers from Casey as to why he changed his stance on Saudi Golf, too.

Casey is also frustrated that he could potentially now miss out on ever competing in the Ryder Cup again, something he has done five times in his career - and he has taken direct aim at both Keith Pelley, the CEO of the DP World Tour, and Guy Kinnings, Deputy CEO European Tour Group and Ryder Cup.

"To know there is a possibility that a lot of us are going to miss out on that, I'm not sure what to tell you yet," said Casey on Ryder Cup eligibility.

"I guess we don't know. Right now, we are all in limbo, which is a bit frustrating."

Casey added: "It would be a massive shame. The players are making their decisions obviously, but they're not trying to damage the game. We leave this to those in charge of the tour, in this case with Mr Pelley and Mr Kinnings.

"I could actually ask them some questions. We could ask Mr Kinnings why the relationship deteriorated between the European Tour and Saudi Golf, we've got a lot of questions but they all seem to be coming our way and not his way."

During his LIV Golf press conference, Casey also slammed the DP World Tour over how they have gone about suspending players and issuing fines for those who have competed in LIV Golf tournaments so far this season.

Next Page: Luke Donald is expected to be confirmed as the 2023 European Ryder Cup captain