Pierceson Coody won his first Korn Ferry Tour event after revealing he had turned down a "crazy amount" to play LIV Golf. 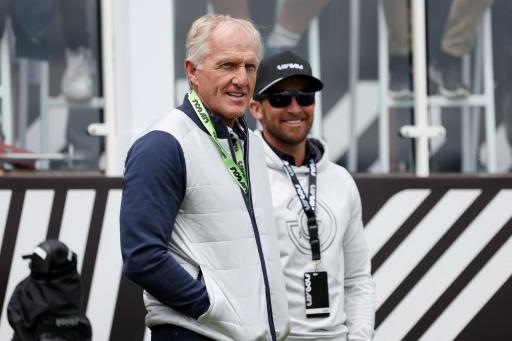 Pierceson Coody revealed earlier in the month he had turned down a multimillion offer to join the controversial LIV Golf series in favour of chasing his PGA Tour dream.

His name might not be familiar to you unless you are a massive golf fan. But make no mistake, you will likely be hearing a lot more about him if he keeps up this form.

He’s just turned professional. Golf runs in the genes and he is the grandson of 1971 Masters champion Charles Coody.

In his words, he said the offer that he turned down was a “crazy amount of money”.

We don’t doubt that, considering Phil Mickelson is being paid $200m and Bryson DeChambeau and Brooks Koepka are being paid north of $100m.

“I might be sitting on my couch with millions in my bank account watching my friends play on the PGA Tour, and that would have been devastating,” Coody told Golf.

Since he made that decision, he has earned himself a little more than $30k in two Korn Ferry Tour starts.

Over the weekend, he finally got that first win. In his third start.

The win vaults Coody up to 31st in the Korn Ferry Tour rankings. At the end of the season, the top 25 players earn PGA Tour cards.

Coody won the Live and Work in Maine Open by five strokes. He had started the day in a tie for the lead.

He was part of the Texas Longhorns team that recently won the NCAA Championship team title.

His brother Parker Coody is also a golfer.

GolfMagic have written before about how they both suffered a freak accident.

Over the weekend, it was revealed that LIV Golf have snapped up Eugenio Chacarra.

Chacarra was a standout performer during his college days. He’s now turned pro and his decision to play for LIV Golf will cause a headache for the PGA Tour.

So far they have managed to keep the stars of today that include players like Jon Rahm, Rory Mcilroy and Justin Thomas.

But what about the stars of tomorrow?

It has also been reported that Matthew Wolff will be the latest player to join LIV Golf. It is also rumoured that Carlos Ortiz will join.