Tommy Fleetwood is the latest big name to be linked with a move to the LIV Golf Invitational series. 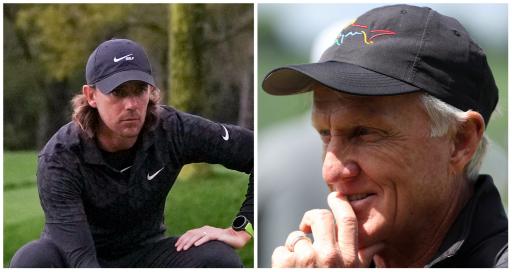 Tommy Fleetwood is the latest big name linked with a move to the Saudi-backed LIV Golf invitational series.

According to a report by The Times, Fleetwood’s wife and manager Clare Craig was at the inaugural $25m event at Centurion Club just outside of London a few weeks ago.

Charl Schwartzel took home $4.75m for his efforts throughout the week and it appears that Fleetwood is tempted by the riches that are on offer.

The report states that Henrik Stenson, along with Fleetwood, could potentially put his Ryder Cup Europe captaincy in jeopardy as he too could still peg it up with the other rebels.

Over the last week the DP World Tour upped by the ante by handing out fines and suspensions to their members who played at Centurion Club despite being denied waivers.

Those players, which include the likes of Ian Poulter, Lee Westwood, Sergio Garcia, Martin Kaymer, Graeme McDowell and Richard Bland, were all fined £100,000.

They were also banned from three events co-sanctioned by the PGA Tour that includes the upcoming Genesis Scottish Open at The Renaissance Club which boasts a star-studded field.

Kaymer, in particular, stated last week that LIV Golf were not attempting to take over the game and urged the tours to negotiate a path forward. “I never heard that from anybody at LIV,” he said.

LIV Golf, of which two-time Open winner Greg Norman is the chief executive, have pledged to support their players by paying the fines and also paying any future legal costs.

There were also reports that the fines are expected to double for every LIV Golf event DP World Tour members play. The next LIV Golf event will take place in Portland, Oregon, at Pumpkin Ridge.

If Fleetwood were to join, he would be playing alongside Phil Mickelson, Brooks Koepka, Bryson DeChambeau, Patrick Reed and Kevin Na.

The latest PGA Tour player expected to jump ship is Matthew Wolff. Carlos Ortiz is also speculated to be on the verge of joining, too.

LIV Golf have also snapped up a young, highly-rated Spaniard.

Fleetwood, 31, has won five times on the European Tour. He has not yet won a PGA Tour event or a major. His last victory came at the Nedbank Golf Challenge in 2019.

He is currently ranked 43rd in the Official World Golf Ranking. He has been as high as ninth in the world. It has been a solid if not unspectacular 2021-2022 season for Fleetwood.

In the majors, he has finished T-14 at the Masters, fifth in the US PGA Championship and he missed the cut at the US Open which was won by England’s Matthew Fitzpatrick.