RUMOUR: Is adidas Golf planning to buy a LIV Golf team for $1 billion?!

Another week, another LIV Golf rumour enters the golf industry. 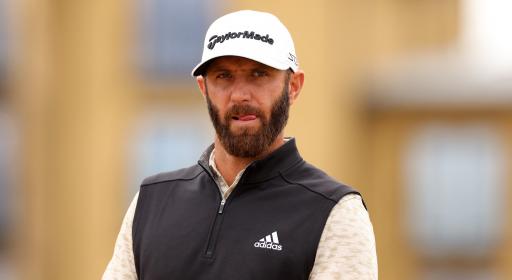 GolfMagic understands that adidas Golf is one of a number of a brands looking to become the first sponsor to buy a LIV Golf team, which will be valued at $1 billion per four-man team.

While some players have lost certain sponsorship deals for their ties to the Saudi-funded LIV Golf Invitational Series, the majority of golf brands have stood by their athletes heading into next week's third LIV Golf Bedminster tournament.

But with so much controversy still and likely always surrounding LIV Golf, some brands remain sat on the fence as they wait for others to make the first move.

"It's just a very weird time right now, we're not quite sure whether to stick or twist... we're just going to see how it all plays out for the time being," one brand told GolfMagic at the 150th Open Championship at St Andrews.

One brand ready to break from the pack would appear to be adidas Golf, who could be going all in for the 4Aces team led by their main man Dustin Johnson.

"Apparently adidas Golf are planning to buy out players sponsorship deals for a certain team, in particular DJ's team, as they want to sponsor the whole team in a billion dollar deal," an insider tells GolfMagic.

Another insider tells us: "I'm hearing adidas Golf is very keen to buy a LIV Golf team, especially with two of their athletes in DJ and Sergio [Garcia] fully committed to LIV Golf and now resigned from the PGA Tour."

Should the rumours be true, then you could have 'Team adidas Golf' being represented at LIV Golf tournaments in the future... very much lending itself to a Formula 1 team structure. This is likely something that has been part of Greg Norman's wider plans for LIV Golf.

GolfMagic reached out to adidas Golf earlier today but they refused to comment on the rumours.

Taking a closer look on social media and it would seem like adidas Golf is not the only brand preparing for such a move.

A tweet from LIV Golf Latest (an account unrelated to LIV Golf) reads: "I have been told that AT&T could be the first sponsor to buy a LIV team, valued at $1 billion per 4 man team. Adidas is another name - the rumour is that they are currently out clothing sponsors to be the face of a specific team."

They also tweet: "Team Srixon, captained by Hideki Matsuyama is another strong rumour doing the rounds."

Former Masters champion Matsuyama has been strongly linked with a move to LIV Golf but he remains on the PGA Tour, at least for now.

It seems like we cannot go 24 hours without receiving a fresh LIV Golf rumour so let's just see what's in store over the coming weeks and months.