Mike Lorenzo-Vera has urged other DP World Tour "family members" to speak out over LIV Golf after Henrik Stenson decided to join the controversial series. 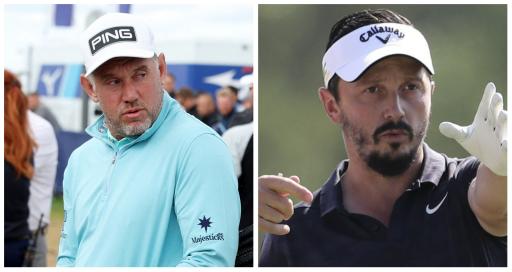 Mike Lorenzo-Vera has urged other DP World Tour players to speak out over the "joke" LIV Golf Invitational series after Henrik Stenson was stripped of the Ryder Cup captaincy because he signed for the Saudi-funded series.

Stenson, 46, confirmed his long-assumed interest by announcing yesterday he will play for LIV and will make his debut at the third event of their inaugural eight-event season in Bedminster, New Jersey.

The Swede will play alongside latest LIV Golf recruits Jason Kokrak and Charles Howell III, who has amassed more than $40million in earnings after playing more than 600 times on the PGA Tour.

"It would be nice to hear from other players," posted the 37-year-old Frenchman. "Because @PepperellEddie and I, is not enough to show how much the @DP World Tour family stands against it."

It would be nice to hear other players that thinks all of this LIV golf is a joke and the attitude of the players going there is unacceptable. Because @PepperellEddie and I , is not enough to show how much the @DPWorldTour family stands against it.

I believe aswell that some people are in the shadow and very responsable for the shit show going on. The management companies. Shame on you aswell.

Not sure who needs to hear this, but I’ll say it anyway; not everything a person does in life has to be about money.

None of us will be here in 100 years, and nobody will care about your wealth. You’ll be remembered for what you achieved, believed and stood for.

More: adidas Golf rumoured to be on verge of $1billion LIV deal

Pepperell has been one of the most vocal players in this enduring saga. Speaking this morning to Sky Sports, the Englishman said of Stenson's decision: "I'm not surprised at all.

"You know, I'm not surprised. It's a shame and I think ... I hoped six months ago that none of this would happen. But it's happened.

"And clearly, to a person, I think they all regard their own back pocket to a higher degree than anything else and that's fine. Say it. It's fine. There's not a problem with that.

"But it's disappointing and I thought that the sport had more ... and the Ryder Cup had more monetary reward for playing a new tour that doesn't offer up much as far as I can tell, certainly competitively.

"I think it's important that we remember that."

The full field for the third LIV Golf event.