More PGA Tour players are expected to join LIV Golf ahead of the next tournament in Portland. 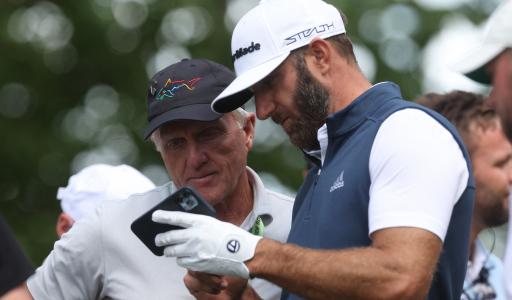 Bryson DeChambeau was officially confirmed as a new LIV Golf player today, and it would appear six more notable PGA Tour names could be joining him.

According to multiple reports during the second round of the LIV Golf Invitational London event at Centurion Club today, Patrick Reed, Rickie Fowler, Matt Wolff, Pat Perez, Bubba Watson and Jason Kokrak are on the cusp of adding their names to the growing list.

The PGA Tour yesterday confirmed that all PGA Tour players competing in any LIV Golf event will be suspended.

Some Saudi golf rebels have already resigned from the PGA Tour as to not get involved with any legal matters, such as Dustin Johnson, Graeme McDowell and Sergio Garcia.

It is understood that Mickelson received $200 million to join LIV Golf, Johnson accepted in the region of $150 million and DeChambeau was offered $100 million.

DeChambeau last week told the media he had no intentions of breaking away from the PGA Tour to LIV Golf anytime soon, but today it came to light that he had changed his mind and accepted a huge pay packet to join the controversial Saudi-funded league run by Greg Norman.

The big-hitting American has confirmed he will be playing in the next LIV Golf tournament in Portland at the end of the month.

"Bryson DeChambeau is an exciting addition to LIV Golf’s supercharged style of play. He is passionate about the sport, innovative in his approach and committed to pushing the boundaries in pursuit of excellence," said Greg Norman, LIV Golf CEO and Commissioner.

"He’s not afraid to think outside the box and supports our mission of doing things differently to grow our game. The power and energy he brings to the course will deliver added electricity to our competition in Portland and beyond."

DeChambeau joins a growing list of stars who are joining LIV Golf, which now boasts eight major champions who have won a combined 15 major titles.

The LIV Golf Invitational Series officially launched Thursday to fans around the world showcasing its new, innovative format with 12 teams, 48-players, shotgun starts and no cut.

What have you made of LIV Golf so far? Are you shocked at how many PGA Tour players are making the move? Share your thoughts and comments over on the GolfMagic social media channels now, or come and join us over on the GolfMagic YouTube channel where you can watch our latest video live from Centurion Club to see what exactly goes on at a LIV Golf tournament.