Two-time major champion Martin Kaymer said there is no reason for any upset as the LIV Golf Invitational Series continues to divide the professional game. 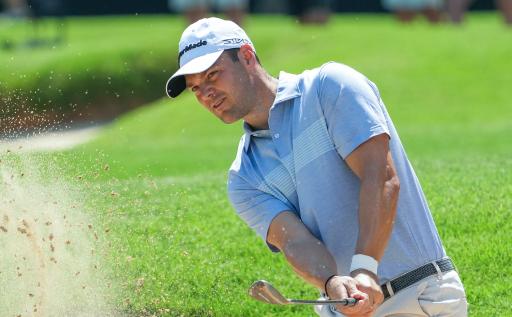 LIV Golf rebel Martin Kaymer believes the DP World Tour will continue to delay their sanctions on defecting players until next week after the Scandinavian Mixed is over.

Speaking after the second round of the first LIV Golf event in London, Kaymer believes there is no need for upset and viewing LIV Golf as being divisive is a particularly negative outlook.

The two-time major champion and former World No.1 shot level-par on Friday at Centurion Golf Club to sit on 4-over-par for the week, 13 shots adrift of Charl Schwartzel.

Kaymer also welcomed the addition of Bryson DeChambeau to the breakaway series. DeChambeau will play at the next event in Portland on June 30.

"I think last time the PGA Tour, they went first, too, and then The European Tour, the DP World Tour came second," Kaymer said.

"It's never been a motivator, but I would by lying if we wouldn't enjoy a few dollars more"

"So I guess they just want to wait until the tournament's over until they have their own tournament finished in Sweden, and I guess latest Monday, Tuesday, we will hear something.

"In my opinion, it does help the sport. If some tours take it personally, that's their issue, I guess. I don't see why they should because we should focus on the main and the big picture, and the game of golf that we promote.

"It doesn't matter where you play in the world, it's the greatest sport out there, I believe. There's no reason to continue to get upset, I guess."

The 37-year-old confirmed he intends to play in the BMW International Open in Munich which begins on June 23 after the US Open in Boston.

The DP World Tour has a strategic alliance with the PGA Tour which was established in 2020, however, their reactions to the LIV Golf Series have been disjointed.

According to reports, Dustin Johnson has applied for membership on what used to be the European Tour which has further tested the cooperation of the two tours.