Bryson DeChambeau has joined the LIV Golf Invitational Series, becoming the latest big-name player from the PGA Tour to join the breakaway series. 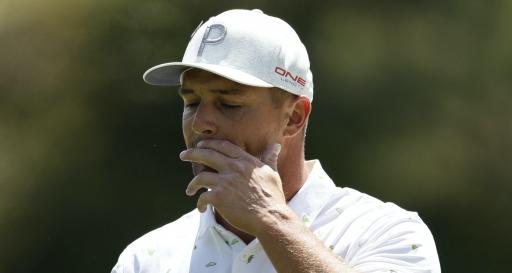 Former US Open champion Bryson DeChambeau has officially joined the LIV Golf Invitational Series in an announcement on Friday.

The 28-year-old was rumoured to join the LIV Golf Series alongside Patrick Reed and DeChambeau's involvement has now been confirmed.

A winner of eight PGA Tour events, DeChambeau has only played six times this season as he wrestles with the wrist injury that kept him out of the US PGA Championship.

But as per PGA Tour commissioner Jay Monahan's letter to the tour's membership, any players who have joined or will join the LIV Golf series in future will be suspended.

"For me, I personally don't think that at this point in time I'm in a place in my career where I can risk things like that (LIV Golf)," DeChambeau were Bryson's words at the Memorial Tournament last week.

"Bryson DeChambeau is an exciting addition to LIV Golf’s supercharged style of play. He is passionate about the sport, innovative in his approach and committed to pushing the boundaries in pursuit of excellence," said Greg Norman, commissioner of the rebel tour.

"He’s not afraid to think outside the box and supports our mission of doing things differently to grow our game. The power and energy he brings to the course will deliver added electricity to our competition in Portland and beyond."

Minutes after the first tee shots were hit in the first round of the event at Centurion Golf Club near London, the PGA Tour announced the bans and the removal of players from the FedEx Cup standings.

On Thursday evening, Phil Mickelson refused to comment on his ban despite holding a lifetime membership which he was determined to keep.

As well as DeChambeau, Reed, Rickie Fowler, Bubba Watson and Justin Rose are all rumoured to join the LIV Golf Invitational Series in the near future.