Six reasons why the Saudi Golf League will never go ahead

Phil Mickelson's comments aren't the only stumbling block. Here are six reasons why the SGL will never get going. 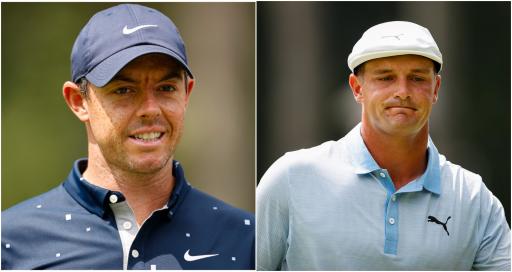 When Bryson DeChambeau and Dustin Johnson pledged their futures to the PGA Tour it appeared the Saudi Golf League was over before it began.

DeChambeau said he was staying with the PGA Tour "as of now", while Johnson said it was time to bring the speculation to an end.

Their statements coincided with Phil Mickelson's explosive and what many viewed as offensive comments which outlined his motives.

Mickelson admitted he was quite happy to cosy up to the Saudis as it gave him and other players leverage against the PGA Tour.

Related Articles
Dustin Johnson Net Worth: What is the LIV Golf Tour player worth?
Fred Couples daggers Greg Norman: "Nobody has liked him for 25 years"

It was, in Mickelson's words, a once-in-a-lifetime opportunity to reshape the PGA Tour and how they operate.

Mickelson has since apologised for his remarks in a detailed, lengthy statement.

That statement appears to have caused even more divide.

Some of Lefty's fans have forgiven him, while others feel as though he is painting himself as the victim.

He's not sorry, just sorry he has been caught out, some critics have suggested.

But is the SGL dead and buried? How will Greg Norman respond?

Certainly, it appears that for now at least they cannot go ahead as originally planned.

Their biggest vocal supporter has said he will take some time away to "try and be the man he wants to be".

LIV Golf Investments, which is the source of the money from the sovereign wealth of Saudi Arabia, could continue putting their money into the Asian Tour.

But a separate venture surely looks to be too troublesome.

Without Mickelson, DeChambeau and Johnson, the roster of players left - or at least rumoured to be involved - is not as strong.

Rory McIlroy asked who was left last week at the Genesis Invitational. "It's dead in the water," he said.

More: Phil Mickelson's apology shows he is a master manipulator

Here are six reasons why the SGL will not go ahead

1. Nobody wants to be the first player to jump ship after what Mickelson has said

2. The source of the money will always be a major distraction

3. They will never be able to attract a lion's share of the game's biggest stars, leaving a poor product

4. Golf fans want to see the best players competing against each other, as do the players

5. The history and legacy of PGA Tour events is still too valuable for players to ignore

6. If a separate, breakaway league is formed, then it potentially impacts on players being able to qualify for the majors