Harry Higgs decided to outline his position just in case while another pro golfer's job prospects of working on the SGL have taken a hit. 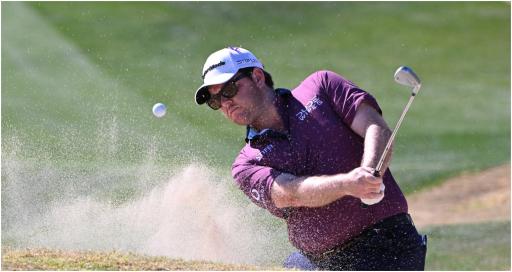 Quite a lot of PGA Tour players have been poked, prodded and asked about their playing futures recently.

Rory McIlroy appears to be the only player consistently saying the PGA Tour is where he wants to be and hopes other elite players stay.

Over the course of last week, one by one, a number of the top ranked players came out and pledged their allegiance to the PGA Tour.

First Collin Morikawa complained that a lack of answers surrounded the proposals of a breakaway league influenced his decision.

"There still have been no names," he said. "Once again, we go back to evidence, right? Can we see concrete evidence of what's going on?

"If we can, then people can make decisions. It's an unknown, it's a hidden thing. For me, it's not enough"

Then Viktor Hovland said he wanted to remain on the PGA Tour, too. Justin Thomas reaffirmed his stance. Others followed.

In the wake of Phil Mickelson's explosive comments, Bryson DeChambeau and Dustin Johnson released statements about their futures.

DeChambeau will remain on the PGA Tour so long as the best players in the world are. Johnson expressed the same sentiments.

But then we have Harry Higgs. He was never asked, or in his words #notinvited to take part in the venture to begin with.

Still, he took the opportunity to confirm where his loyaties are:

Thank you for the update, Mr Higgs. Higgs is also facing a potential fine from the PGA Tour over his par-putt antics.

Higgs, 30, took off his shirt top along with fellow pro Joel Dahmen on 16 at the WM Phoenix Open at TPC Scottsdale.

He apologized and admitted it "will never happen again" and will make a donation to charity if he is fined, he said.

It does beg an interesting question. Why exactly do the PGA Tour think it's okay to put out his celebration on social media, only to then issue a potential fine?

Anyway, there was disappointment elsewhere. As the Saudi Golf League may be over before it already began, it means England's Eddie Pepperell's chances of working for them have also taken a huge hit:

I was down to be a scoreboard carrier at their first event.