Smith has no interest in LIV Golf: "I don't understand why younger guys joined"

Smith hits out at some of his peers and says he will never join LIV Golf. 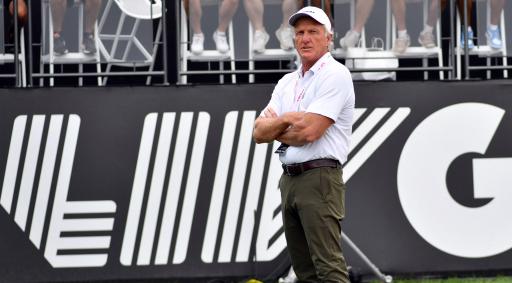 DP World Tour pro Jordan Smith has revealed he has no intentions of ever joining LIV Golf and that he cannot understand why some of his peers of similar age have decided to join the Saudi-funded circuit.

While there might be strong speculation that the 'other' Smith in Open champion Cameron Smith is contemplating a big money move to LIV Golf with a potential $125 million signing-on fee, England's Smith has ruled himself out of the mix.

A number of DP World Tour stars have joined LIV Golf this season such as Sergio Garcia, Lee Westwood and Ian Poulter, and Smith is not surprised in the slightest about those particular names.

But Smith, 29, is shocked by the likes of Saudi golf rebels Laurie Canter, 32, and Sam Horsfield, 25.

"I can understand why some of the older guys have decided to go and play over there, some of the guys who might be coming to the end of their careers and looking for a quick pay out, but I don't understand why a few of the younger guys have," Smith told Swindon Advertiser's Jonny Leighfield after finishing tied 47th at the 150th Open Championship at St Andrews.

"I think it will be a bit of a struggle for them eventually as they’re not getting world-ranking points for at least another year or two.

"Those guys are going to eventually fall down the world rankings and then struggle to get into major tournaments and WGC events should they want to.

"So it's not something I’d entertain, no. I’m in a good position, I’ve been playing well on the DP World Tour, and mine and my team’s aim is to get out onto the PGA Tour eventually.

"At the moment, our aims are to finish in the top-10 or top-five of the Race to Dubai, and we want to get back inside the top-50 in the world.

"There is a lot of golf to play still this year, so I’ve got to keep plugging away and keep churning out these good events.

"Hopefully, we can get that win this year. Even if the year was to stop now then it would top off a good year that we’ve had. That would put the cherry on top, if we got the W."