A federal judge has set a tentative 2024 trial date for LIV Golf's highly-anticipated antitrust lawsuit against the PGA Tour. 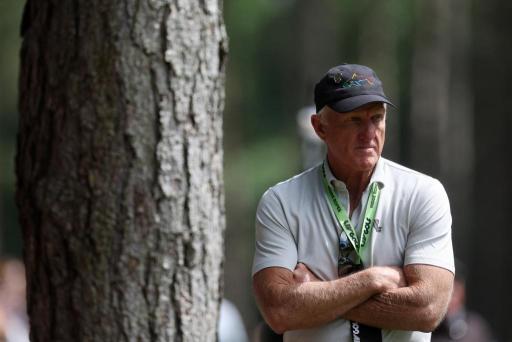 Buckle up. A trial date has been set for the PGA Tour's court showdown with LIV Golf.

If you wanted a quick end to this drama, then unfortunately you are going to be a little bit disappointed.

This, according to reports, is where the Tour will likely try and seek to dismiss the antitrust lawsuit. The actual trial date has been lodged for 8 January 2024.

GolfDigest report that LIV Golf's lawyers hoped for a summary next March, with a trial in August.

Another interesting aspect during Thursday's hearing is that PGA Tour lawyers have confirmed the lawsuit has dropped players.

Only nine names were mentioned with the need for discovery (pre-trial procedures).

Originally, 11 individuals were named as plaintiffs. Phil Mickelson and Bryson DeChambeau were the highest-profile names in the 105-page complaint.

Carlos Ortiz withdrew his name from the complaint before the first hearing last week. It is unknown why.

So who is the the other player who has withdrawn? Interesting times ahead.

The original complaint is centred around whether the PGA Tour have the legal right to suspend players for defecting to the Saudi-backed circuit.

The PGA Tour had an early legal victory last week when three LIV players, Talor Gooch, Hudson Swafford and Matt Jones were denied a temporary restraining order so they could compete in the FedEx Cup Playoffs.

The judge sided with the established American circuit.

When the written reasons for denying the motion were published, the judge remarked that if "LIV Golf was elite golf's future, then what to TRO plaintiffs (Swafford, Jones, Gooch) care about dust-collecting trophies of a bygone era?"