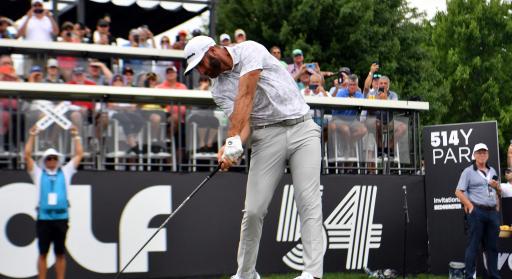 The first legal battle between the PGA Tour and the LIV Golf Tour took place in California on Tuesday and the verdict went in favour of the former.

At the Robert F. Peckham Federal Building, the judge said she was satisfied that the plaintiffs "had not established irreparable harm" after both sides made lengthy submissions.

The court hearing lasted approximately two hours in San Jose and apart from the concluding verdict, there were a number of revelations to come from the court which represent significant developments in the public knowledge of the LIV Golf schedule.

Cameron Smith is set to become the latest LIV Golf recruit after a report emerged on Monday detailing a supposed $100 million fee to acquire the services of the Champion Golfer of the Year.

Here are our five takeaways from the first court hearing between the PGA Tour and LIV Golf on Tuesday:

One of the lawyers representing LIV Golf revealed that the 48 players for the 2023 LIV Golf season are set. All the spots for the Saudi-backed series' second season have been taken.

With Cameron Smith being Greg Norman's latest big-name signing, you assume that he is not done there. Some murmurings have claimed there is a lengthy waiting list of players who wish to join the breakaway league.

In previous months, the likes of Joaquin Niemann, Adam Scott, Justin Rose and Rickie Fowler have been rumoured to be abandoning the PGA Tour, so it will be intriguing to see which 48 players are cemented for next year, and also, to see which players are axed.

Judge Freeman set a date for the antitrust lawsuit of September 2023. Bryson DeChambeau, Phil Mickelson, Ian Poulter and eight other players are amongst those filing legal action against the PGA Tour.

The lawsuit said: "As the Tour's monopoly power has grown, it has employed its dominance to craft an arsenal of anticompetitive restraints to protect its long-standing monopoly.

"Now, threatened by the entry of LIV Golf, Inc and diametrically opposed to its founding mission, the Tour has ventured to harm the careers and livelihoods of any golfers, including Plaintiffs Phil Mickelson, Talor Gooch, Hudson Swafford, Matt Jones, Bryson DeChambeau, Abraham Ancer, Carlos Ortiz, Ian Poulter, Pat Perez, Jason Kokrak, and Peter Uihlein, who have the temerity to defy the Tour and play in tournaments sponsored by the new entrant.

"The Tour has done so in an intentional and relentless effort to crush nascent competition before it threatens the Tour's monopoly."

It was pointed out during the court hearing that five players from the top 10 of the PGA Tour's Player Impact Program in 2021 have now signed with LIV Golf. Phil Mickelson, Bryson DeChambeau, Dustin Johnson, Brooks Koepka and Bubba Watson have all made the switch.

Judge Freeman described this as "remarkable." The top 10 players in the PIP, headed by Tiger Woods despite not playing golf in 2021, represent those who move the needle the most in the professional game with brand exposure, social media interaction and internet searches.

Arguably the most significant revelation came when one of the LIV lawyers revealed that prize money won in LIV tournaments is "recouped against the contracts."

We understand that each player on the Saudi-backed series has been paid an upfront bonus, so if the tournament winnings are recouped against this figure, the players have essentially already been paid and their form in the competitions doesn't matter.

The competitive integrity of the LIV Golf Invitational Series has already been called into question with the PGA Tour showing "pure competition," but this was certainly a surprising admission by the LIV team.

Of course, the biggest takeaway was Gooch, Jones and Swafford being denied re-entry into the FedEx Cup standings. Permission has essentially been granted for the end-of-season events to take place without their participation.

Gooch was ranked 20th, Jones was ranked 65th and Swafford was ranked 67th in the FedEx Cup standings. Each plaintiff would've been in good shape to at least reach the BMW Championship which is cut to a 70-man field after the FedEx St. Jude Championship this week.