The full judgment as to why the three LIV Golf rebels were denied a temporary restraining order against the PGA Tour has been uploaded. 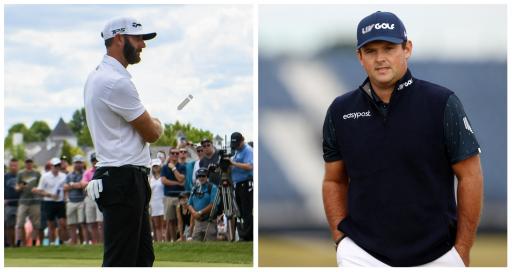 The PGA Tour had an early legal victory in their battle with LIV Golf over whether or not three "rebels" could participate in the FedEx Cup Playoffs.

Unless you have been living under a rock, you will know that Talor Gooch, Hudson Swafford and Matt Jones were denied the opportunity to participate in the postseason.

Yesterday, the full judgment and reasonings for why judge Beth Labson Freeman denied their request for a temporary restraining order has been uploaded by the United States District Court in the Northern District of California.

It's a 14-page document which you can read here if you are so inclined. This is how Rory McIlroy reacted to the news.

We won't attempt to go through the legal issues that were discussed as the lawyers outlined their arguments.

But what we will say, however, was that this gem of a comment did make us laugh. It's written on page 10.

"TRO Plaintiffs [Gooch, Jones and Swafford] each knew, going into negotiations with LIV Golf, that they were virtually certain to be cut off from Tour play.

"TRO Plaintiffs' own expert indicated that PGA Tour members that have "already elected to participate in LIV Golf events" required "large upfront payments" at least in part because their calculus included the "loss of opportunities to earn ranking points [and] to earn entry into the majors."

"If LIV Golf is elite golf's future, what do TRO Plaintiffs care about the dust-collecting trophies of a bygone era?"

Oof. That is absolutely brutal, isn't it!?

As we've mentioned, we're not legal experts so we won't attempt to dive into this judgment. We'll leave that to the professionals on Twitter.

Anyway, what we do know is that "Phil Mickelson et al vs PGA Tour" will be heard sometime in September 2023.

Which means this will drag on for quite some time yet.

In other LIV Golf news, it appears that Cameron Smith, the winner of the 150th Open appears to have all-but confirmed his future path.

He said he was "ready to cop some heat" after his first round of the FedEx St. Jude Championship.

What are you hoping will happen with the PGA Tour versus LIV Golf? Fed up of hearing about it? Who do you want to prevail? Let us know on our social media channels.

Next page: Fred Couples absolutely sounds off on Greg Norman