Tickets were going for less than a bag of chips in the opening two rounds of LIV Golf Bedminster. 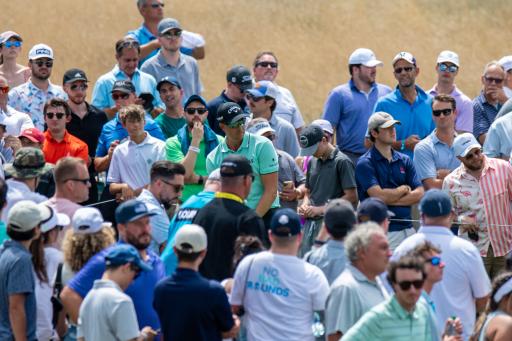 Tickets were on sale on StubHub for as little as $1 to attend LIV Golf Invitational Bedminster last week.

But despite LIV Golf getting pumped by their attendance figures, tickets were available on Friday and Saturday for less than a bag of chips.

LIV Golf's website was selling tickets at $75 per day prior to the start of the tournament.

$1.00 tickets for LIV Golf. The Royal family might need to start paying the fans too. pic.twitter.com/qHl8JjXJMl

To the 25,000+ strong that showed out this weekend...THANK YOU!
#LIVGolf pic.twitter.com/sQH22mR6pY

"More than a billion spent on the field and that's the level of demand in a major metropolitan area," tweeted Golfweek's senior writer Adam Schupak.

The third LIV Golf tournament in Bedminster came under heavy criticism for even going ahead with it being staged on Donald Trump's golf course just 50 miles away from where the horrific 9/11 attacks took place.

It has recently emerged how Saudi Arabia played a big role in the atrocities that day.

According to WSJ, tickets for the Saturday session of LIV Golf at Bedminster were "available on https://t.co/0bkiLBIoQb for as little as $1." More than a billion spent on the field and that's the level of demand in a major metropolitan area. Very telling if you ask me.

It's not the first time in a LIV Golf tournament where tickets have been available on the cheap.

In its inaugural tournament at Centurion Club in England, 100 free tickets were dished out by each of the players to their followers on their social media platforms.

How much would you pay to attend a LIV Golf event? What have you made of the LIV Golf Invitational Series so far? Is it any better than the PGA Tour? Share your thoughts and comments over on the GolfMagic social media channels.