9/11 chair BLASTS LIV Golf players: "You will become a puppet to the Kingdom"

Terry Strada, the chair of 9/11 Families United, slams former US President Donald Trump and the LIV Golfers for all playing their part in this week's LIV Golf Bedminster tournament. 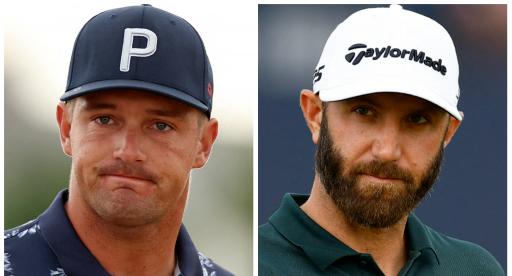 Terry Strada, the chair of 9/11 Families United, has slammed some of the world's best golfers for now being a "puppet" for the Kingdom of Saudi Arabia after taking millions of dollars to join the Saudi-funded LIV Golf Invitational Series.

Strada's husband Tom died in the World Trade Center's North Tower in the terrorist attacks on September 11, 2001, and recent evidence has come to light that shows the Saudi government were operative with the 9/11 hijackers that day.

"This tournament is a very big PR stunt by the Kingdom of Saudi Arabia, nothing but a PR stunt, it's not about progressing golf or bringing golf to a new level... it's nothing more than sportswashing and the Kingdom is trying to erase the history that they have with the 9/11 community," Strada told Sky News' Mark Austin on The News Hour this evening.

"So yes, this former President knows more than anybody the level of involvement the Kingdom have with the attacks on this country and he should know better and it's wrong for him to host this tournament."

With LIV Golf Invitational Bedminster being staged just 50 miles from Ground Zero, Strada believes the golf tournament is an "insult" to the families involved with the attacks of 9/11.

"It's taking place just a few miles from where I lived, and where a lot of a families lost loved ones," she said.

"New Jersey lost around 750 families that day, and over a thousand children lost a parent on that day. So to have this tournament almost on our back yard is especially insulting and the former President understands the proximity to the Twin Towers and where the attacks happened, just in the shadows of all of that.

"There's a repositary there that's holding the remains of family members that have not been identified yet, including my husband, so all of this is painful.

"This former President understands all of that but we also have a sitting President in Joe Biden that has refused to meet with the 9/11 families and he is the one that has released all this new evidence that we have.

"We're trying to get across to the players that there is concrete evidence that the Kingdom was 100% involved with providing the support network that the hijackers needed to carry out the attacks, so they are partnering with the very country that unleashed extremism all over the world and the country that is responsible for the September 11 attacks."

Strada then took direct aim at the LIV Golf players who are now contracted and being paid millions of dollars by the Saudi Arabian Public Investment Fund.

Phil Mickelson has been paid in the region of $200 million to join LIV Golf, while Dustin Johnson, Bryson DeChambeau and Brooks Koepka are believed to have earned more than $125 million each.

Others have been paid around $50 million, and more PGA Tour players are reportedly on the way over the coming weeks and months.

Our home for the week #LIVGolf pic.twitter.com/XuIM3KdXTd

"It's obscene amounts of money, that's what sportswashing is about," continues Strada.

"They are buying them to prop up the Kingdom as being this legitimate monarchy that, look at us, we are involved in sports and sports loves us. Well, they've paid them up front and these gentlemen, these golfers, now cannot bad mouth the Kingdom... all they can do is promote the Kingdom.

"Again, it's a PR stunt and I'm very disappointed they think hundreds of millions of dollars is okay to take to partner up with the Kingdom and try to erase the history they have with the attacks of September 11.

As for those people out there who argue many companies around the world continue to do business with Saudi Arabian companies, Strada says drawing any such comparison to what LIV Golf is doing in buying out PGA Tour players is complete nonsense.

"What this is, this entity LIV Golf, is a sportswashing entity to whitewash... it's a PR stunt, it isn't just doing a regular business transaction.

"The players have been paid up front, there is no incentive to practice, they are going to go out and play in a shotgun format and they are now helping the Kingdom project an image that is different than what they really are... they are still a country that supports terrorism financing, and until we expose the level of financing they gave to the hijackers, plus the logistical support, they might continue doing that.

"It all needs to be exposed and the golfers know they have now partnered up with them. It's very different to a normal business transaction."

Sky Sports News' Mark Austin then asked Strada if she had a message in particular to the British golfers such as Lee Westwood and Ian Poulter who have taken millions of dollars to join LIV Golf, and she was not short of a few stern words for them and the rest of the players on LIV Golf.

"We have been fighting for over 20 years to achieve justice, truth and accountability for the murder of our loved ones in the horrific attacks of September 11. You are hurting our chances of doing that if you are going to partake and give the Kingdom this image of being a respectful country when they don't deserve it. You have to earn the respect, you don't just buy it.

Next Page: Paul Casey says he wants questions answered by those at European Tour and Ryder Cup in light of LIV Golf