DEBATE: Has the time come for a mixed version of the Ryder Cup?

The Ryder Cup and the Solheim Cup produce the same levels of passion and competition, so why don't we combine the two together? 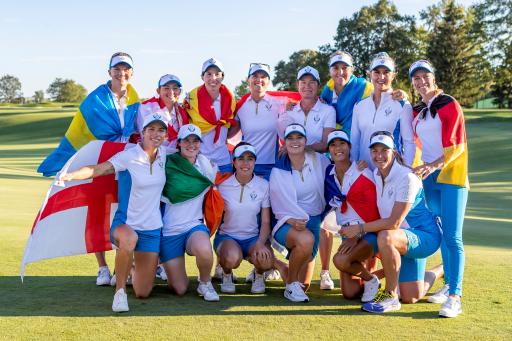 In 2018, PGA Tour Commissioner Jay Monahan said that it would only be a matter of time until we saw the PGA Tour and LPGA Tour combine to produce a mixed event.

This happened on the European Tour this year at the Scandinavian Mixed. It was a fantastic tournament that was won by Johnathan Caldwell, and the best-placed ladies player was Alice Hewson.

The event, which was hosted by Henrik Stenson and Annika Sorenstam, was a great success and arguably a look into the future that Monahan predicted.

Was a mixed Ryder Cup event in his thoughts? It may well have been and I believe if this was to happen, it would be as compelling and as intriguing as the Ryder Cup itself.

The men's event has a longer and more illustrious history than the Solheim Cup, but this does not take away from anything we witnessed at the Inverness Club at the weekend, or at any of the renewals since 1990.

Both the players and the fans matched the intensity and passion that we will see at Whistling Straits at the end of the month. Leona Maguire led the charge for Europe with her drive and outstanding play.

The Korda sisters fought back for the United States, but in such a raucous and pressured atmosphere, Matilda Castren provided calmness to hole the decisive putt to retain the Solheim Cup.

My point is that in terms of what the trophy means to the ladies, their desire is equal to the men in the Ryder Cup. Therefore, I believe a mixed tournament would be absolutely electric and exciting.

Imagine this: Charley Hull and Ian Poulter against Bryson DeChambeau and Nelly Korda. Or Maguire and Rory McIlroy up against Patrick Reed and Lexi Thompson.

The event would bring a fantastic and vibrant audience and the presence of a more communal crowd would keep the appropriate hostility, but it would be less likely to boil over as we have seen before.

If anything, it would be fascinating and it would be great if Monahan and the PGA Tour could discuss the possibility further.

NEXT PAGE: THE BEST G/FORE JACKETS FOR ON AND OFF THE COURSE!