Leona Maguire won her first LPGA Tour title at the Drive On Championship last week, adding to the world-class array of female sporting talent from Ireland. 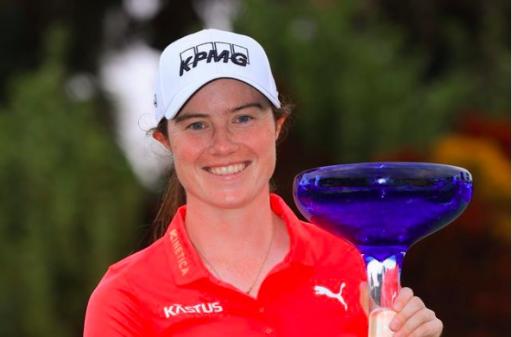 The newest LPGA Tour star Leona Maguire has received a flurry of congratulations from her fellow competitors and other figures in world sport.

Maguire won the LPGA Drive On Championship by three shots, having shared the lead heading into Saturday, and she became the tour's first-ever Irish winner.

"It’s been a long-time coming. I suppose you don’t know it’s going to happen until it actually does. I tried to stay really patient today. Didn’t get ahead of myself," she said after her victory.

"I wanted to go out and just shoot a number. I didn’t want anybody to have to hand it to me. I wanted to win it myself, to earn it."

The 27-year-old, who competed for Europe in the Solheim Cup and Ireland at the Olympic Games in 2021, was congratulated by none other than the President of Ireland on social media.

Michael Higgins is the ninth President of Ireland and he has held the position since 2011. He has now overseen one of the proudest moments in Irish sport and all of Irish golf.

"Congratulations to @leona_maguire for her historic achievement in becoming the first Irish @LPGA Tour winner at the Drive On Championship. Another fantastic Irish sportswoman leading the way internationally," was tweeted from the President's Twitter account.

Congratulations to @leona_maguire for her historic achievement in becoming the first Irish @LPGA Tour winner at the Drive On Championship. Another fantastic Irish sportswoman leading the way internationally.

Irish sport is riding on the crest of a wave at the moment and it is the women in particular that are flying the flag. Maguire is the latest star on a classy list of top athletes.

In boxing, Katie Taylor is set to be involved in the biggest women's fight in history in New York and for the last 12 months, Rachael Blackmore has been the unrivalled queen of horse racing.

It is always encouraging and inspiring to see female athletes making breakthrough achievements in sports that are usually dominated by male performers.

Maguire has emerged as yet another role model for young female athletes. Her first win had been brewing on the LPGA Tour for some time. In 2021, she finished second at the LOTTE Championship and the Meijer LPGA Classic for Simply Give.

She has now risen to third in the Race to the CME Globe and to 20th in the Rolex Rankings.

NEXT PAGE: TIGER WOODS' NIECE CHEYENNE SET TO HAVE FIRST CHILD WITH FIANCÉE