Former PGA Tour winner and golf analyst hits out at LPGA Tour no-shows: "My sponsorship of the LPGA would be over..." 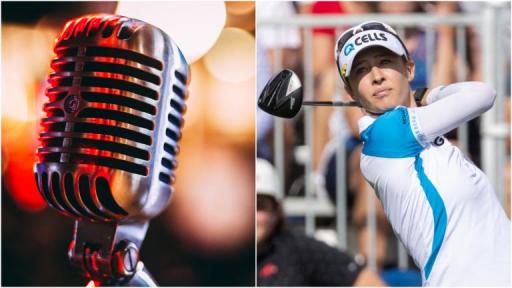 Former PGA Tour winner and golf analyst Mark Lye has slammed the LPGA Tour players for being "totally disrespectful" for "not attending the special dinner" at the CME Group Tour Championship last week.

Lye, who won the 1983 Bank of Boston Classic on the PGA Tour, took to Twitter to voice his disgust after learning none of the LPGA Tour players turned up to a dinner hosted by CME boss Terry Duffy ahead of the season-ending CME Group Tour Championship last Tuesday.

In a report published by Beth Ann Nichols of Golfweek, CME boss Duffy took direct aim at the LPGA Tour no-shows, and the LPGA Tour at large.

"It's an embarrassment to my company and me," said Duffy.

In the eyes of long-time golf analyst Lye, he would just terminate his sponsorship of the LPGA Tour if it were his company.

Totally distespectful of LPGA players to not attend special dinner @ CME. If I were Terry Duffy, my spondsorship of LPGA would be over. No…Im not a sexist.

"Totally distespectful [sic] of LPGA players to not attend special dinner @ CME. If I were Terry Duffy, my spondsorship [sic] of LPGA would be over. No…Im not a sexist."

Lye was fired from his role as SiriusXM PGA Tour radio host earlier this season after making derogatory comments about ladies sport, in particular watching the WNBA.

Former US Women's Open champion Michelle Wie West has since shed light on the "unfortunate" reasons why players didn't turn up to the CME conference at last week's LPGA Tour finale.

Speaking to the No Laying Up podcast, Wie West attributed a series of misunderstandings as a possible reason for the Tour's biggest stars not attending the conference which regularly hosts former US Presidents and business bosses.

Lydia Ko romped to victory at the CME Group Tour Championship at Tiburon Golf Club and banked $2 million for her troubles.

This was the biggest winner's paycheque in women's golf history.

Considering that Duffy and his company saw no player at their conference in such a significant week for their investment in the women's game, Wie West was sympathetic to the American businessman.

"First of all, I can totally understand Terry's point of view. To go up on stage and to go through that in front of his friends is very embarrassing. I wasn't there so I don't know firsthand, but I'm sure there has to have been some big misunderstanding between the LPGA, the players and Terry," Wie West said.

"There's no way that our organisation or players would do that on purpose or do that in a purposeful way. So first off, I think there was a huge mistake (and) a huge misunderstanding between the organisation, (and) the players that were supposed to go and Mr Duffy.

"To my understanding, it seemed like Serena Williams was supposed to speak and pulled out, so I think that was a key fact that was omitted from the article. I do feel like the article was slightly unnecessary.

"I was surprised that it even made the news outlets. But yeah, I don't think in any way that our Tour would've done that on purpose. Our Tour respects Mr Duffy to the highest extent and we're so grateful for CME's support of the Tour Championship."

Duffy claimed the LPGA Tour could lose sponsorship deals if more situations arise like this in the future, a very concerning prospect in a sport where increased funding has become a necessity for survival.

Not only did Ko pick up the biggest winner's purse ever, but the Tour finale also had a total prize fund of $7 million which is the largest outside of the five major championships.

Wie West stepped away from her career in June with physical exhaustion as a key reason. She won five times including her major win at the US Women's Open in 2014 and she seemed shocked at Duffy's outrage last week.

"Having a huge cheque, the biggest cheque in women's golf history this week, is monumental for us. It just blows my mind to think that this could ever have happened.

"It must've been a series of really unfortunate events and that happens in life, unfortunately. It's a big organisation, there's a lot going on (at the) Tour Championship - our employees in our organisation work four jobs. There's a million things that the employees of the LPGA do.

"There must've been one missed email or one missed phone call. Unfortunately, this had to happen. It's a very unfortunate situation but it just must've snowballed into this happening."

Next Page: Eddie Pepperell's concern over PGA Tour PIP payments - "Criminal in this day and age"