Pepperell's concern over PGA Tour PIP payments: "Criminal in this day and age"

DP World Tour pro gives his verdict after the PGA Tour release official PIP payouts to the likes of Tiger Woods, Rory McIlroy and others. 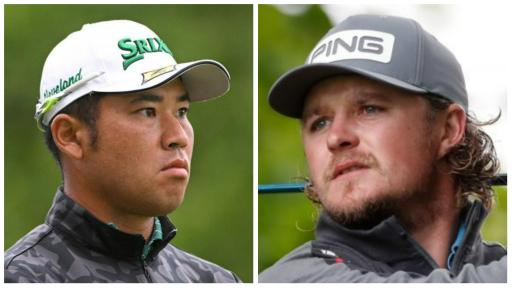 DP World Tour pro Eddie Pepperell, the undisputed King of Golf Twitter, has voiced his opinion on the PGA Tour's Player Impact Program (PIP) after the official payments were revealed on Tuesday.

Just as Rory McIlroy revealed the other day, Tiger Woods won the PIP race for a second consecutive season despite only playing nine competitive rounds this year.

Woods pockets a whopping $15 million for topping the PIP standings in 2022.

That is up from the $7 million Woods received when winning the inaugural PIP race over Phil Mickelson in 2021.

Mickelson is of course now on LIV Golf.

McIlroy, who gave the game all away two weeks ago, finished second to Woods and he collects a cool $12 million.

The PIP program this year was paid out to the Top 20 finishers, double what it did in its first year.

However, the PGA Tour also included three additional players to the Top 20 who would have made the list under the slightly amended criteria that will come into effect in 2023.

Many believe the PIP has been introduced as a direct result to combat the threat posed by LIV Golf.

By guaranteeing the best PGA Tour players a bonus pool of cash, it effectively stops them, or at least goes some way to stop them from joining the breakaway Saudi-backed golf league.

DP World Tour pro Pepperell considers players have "done nothing extra" to earn millions more at the end of their season.

Pepperell tweeted his views about the PIP payments in response to Flushing It's tweet about Matsuyama "only" receiving a $2 million bonus despite having reportedly turned down $400 million to play on LIV Golf in 2023.

Hideki only getting 2 mill after turning down a reported 400 from LIV is criminal. pic.twitter.com/IAIfkimzFL

"Hideki only getting 2 mill after turning down a reported 400 from LIV is criminal," tweeted the Flushing It account on Twitter.

Criminal in this day and age.

In normal times, a $2 million bonus for doing nothing extra would be considered a bit mad.

But golf has entered a strange place.

Pepperell replied: "Criminal in this day and age. In normal times, a $2 million bonus for doing nothing extra would be considered a bit mad. But golf has entered a strange place."

The 2022 PIP ranking was based on objective, third-party data measurement:

LIV Golf may have the most money in professional golf right now, with the PGA Tour followed in behind, but the DP World Tour has also attempted to close the gap by announcing their 2023 schedule with record prize purses and the introduction of a player earnings assurance programme.

The circuit, known formerly as the European Tour, announced their 12-month 2023 schedule on Wednesday which will feature 39 tournaments in 26 countries and a record overall prize fund of $144.2m.

The changes announced on 3 November will see DP World Tour members earning at least $150,000 if they compete in 15 or more events.

The aforementioned earnings assurance programme will also guarantee lower-ranked pros cash regardless of if they have played in 15 events.

What do you make of the guaranteed PIP payments for the best players on the PGA Tour? Has it become a bit of a joke or is it the only way the PGA Tour can combat the threat of LIV Golf? Share your thoughts and comments over on the GolfMagic social media channels.