Michelle Wie West can no longer keep up with the physical demands of the LPGA Tour, but she didn't rule out a return to golf in the future. 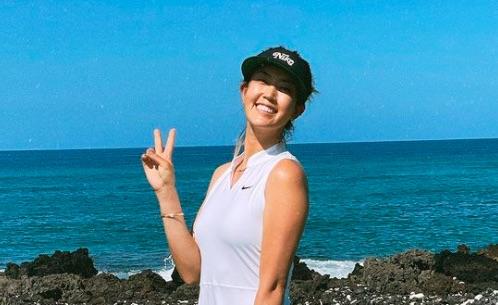 Michelle Wie West is set to put her stellar professional golf career to one side after the Women's US Open next week at Pine Needles.

As reported by Golfweek, the 32-year-old can no longer cope with the physical work that is required to regularly compete on the LPGA Tour, revealing sometimes she is unable to lift her own daughter Makenna up due to fatigue.

She has only played once on the LPGA Tour this season which outlines her struggles. The 2014 Women's US Open champion has had a career plagued by injuries.

During her career, Wie West won five times including her solitary major title at Pinehurst eight years ago and she broke the record for being the youngest player to qualify for an LPGA Tour event at the staggering age of 12.

"I’m definitely not ruling anything out," Wie West said. "At times, if I do play a lot of golf. I’m just in bed. Or I can’t lift (Makenna) up, and that scared me."

"Because I accomplished both of those (getting her degree at Stanford and winning US Open), I think I feel very happy in my decision now. I think if I hadn’t won the US Open, I’d still be out there competing week to week trying to get that US Open win."

"I don’t have any regrets because I feel like I’ve always learned from every mistake that I’ve made. I feel like even if it was a huge major fail, at least it makes for a good story now."

In February 2007, Wie West sustained a wrist injury which would keep her out until May. It has been reported that throughout 2007, she took painkillers to play through pain and in April 2008, Wie West revealed she had broken three bones in her wrist.

This was a key example of how injuries hindered her career. However, it didn't stop her from trying to break into the men's game. In 2004, she missed the cut at the Sony Open by one shot after shooting a 68, the lowest round ever recorded by a woman on the PGA Tour.

Unfortunately, Wie West never managed to double her career major tally. She came second at the ANA Inspiration in 2014 and at the Women's PGA Championship in 2005.

In March 2019, Wie West and Jonnie West announced their engagement and they were married in August. West is the Director of Basketball Operations for the Golden State Warriors.

Next Page: The BEST Under Armour golf shoes as seen on the PGA Tour!