Anna Davis was the only player to finish under par as she won the Augusta National Women's Amateur by one shot from Ingrid Lindblad and Latanna Stone. 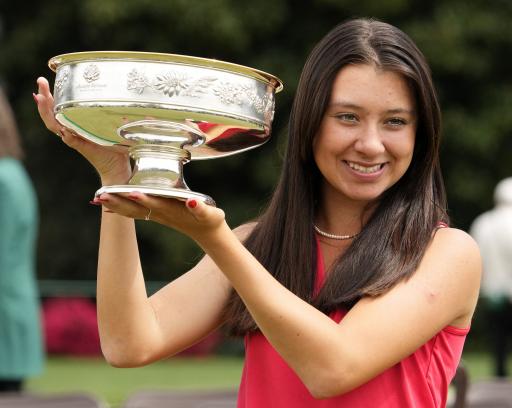 Anna Davis sensationally won the Augusta National Women's Amateur at the age of 16, shooting a final-round score of 3-under-par.

The high-school sophomore played a solid round on Saturday at the famous venue, making two crucial birdies on the par-3 12th hole and the par-5 13th hole.

Davis finished on 1-under-par, but Latanna Stone seemed in the driving seat after she birdied the 16th hole, giving her a two-shot lead with two holes to play.

But she made a calamitous double-bogey on the 17th hole and then she found the pine straw to the right of the 18th hole which led to another bogey.

Ingrid Lindblad shot a superb score of 4-under-par, but she bogeyed the final hole, having made eagles on the 8th holes and 15th holes, to miss out on a playoff.

"I don’t think I’ve ever played in front of that many people," said Davis who is yet to receive her driving license.

"I wasn’t as nervous. I knew I was an underdog in the field. I didn’t have as much pressure on me to do extremely well. I was just out there having fun."

The Spring Valley native won the Heather Farr Classic on the AJGA circuit and the Girl’s Junior PGA Championship last summer. She has to wait until June until she can talk to college recruiters.

She has also participated in the Junior Solheim Cup and Junior Ryder Cup teams. The talented lefty was presented with her trophy from Augusta chairman Fred Ridley.

Next Page: Valero Texas Open R3: Four tied at the top, Jordan Spieth off the pace