Phil Mickelson is OUT of The Masters but Tiger Woods could very well be IN the Masters. At least that is what everyone is hoping after this new Masters update. 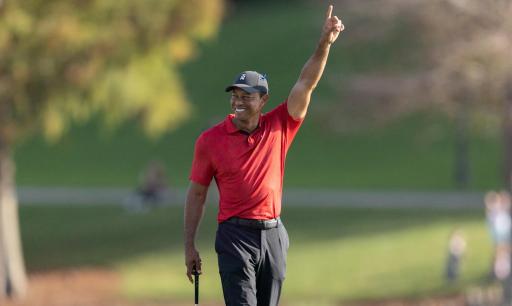 Tiger Woods is playing The Masters. Tiger Woods will not play The Masters. Those two opinions are all the rage with golfers around the world right now, and even those with the faintest of interest in our sport for that matter.

It certainly says a lot about Tiger Woods when he might not even play at Augusta National in two weeks' time, yet he is just about the only storyline people seem to care about heading into the season's first major.

With news that Phil Mickelson has decided to bypass The Masters for the first time since 1994, as Lefty continues to take a break from golf following his controversial remarks about Saudi Arabia and the PGA Tour at large, there would appear faint hope that Woods could still make an apperance on the hallowed Georgia turf when the gun goes on Thursday April 7.

How come? Well Tiger Woods' name was not on Augusta National's updated list of "past champions who are not playing" on their official website.

Okay, it likely means Woods is going to wait until the final hour to confirm his availability for The Masters, but the biggest positive of all right now is that he has not decided to withdraw his invite.

At least not yet.

Related: Phil Mickelson is OUT of The Masters for the first time since 1994

While there is great disappointment from many that Mickelson will not be teeing it up, there is great hope that Woods could now do the unthinkable - having been involved in a horrifying car crash little more than 12 months ago - and play in The Masters.

Woods, a five-time champion at The Masters, has refused to comment on whether he will or will not be able to play in The Masters.

He has told the media in recent weeks that he can easily walk and play on short golf courses.

That particular comment, which he made during his tournament hosting of the Genesis Invitational at Riviera last month, has given us reason to believe he will at least play in the annual Par 3 Tournament at Augusta National on Wednesday April 6.

But golf fans are now bracing themselves for the possibility that Woods could indeed tee it up in the real thing a day later.

Related: Paige Spiranac does not care about Phil Mickelson, she is more interested about Tiger Woods

Good news as of now, but at same time, he never WDs this early and it’s up to him to say he’s out, which could come as late as Masters week if he wants. There are 2 possibilities - he’s either still evaluating his game / health and / or waiting til last minute to w/d like ‘16/17. https://t.co/Hs9rTXuhI0

The biggest issue for Tiger, at least judging by his comments made to the media last month, was that he was not in a position to yet walk a proper golf course, at least not for four competitive days which would be the case if he was to make the cut at The Masters.

But perhaps Woods has been making progress on a walking front in recent weeks?

Woods, who was recently inducted into the World Golf Hall of Fame, can also hit golf balls at the moment. Something many of us thought might not ever happen again when he came close to death in Los Angeles 13 months ago.

Okay, Woods cannot stripe balls with ease like he used to be able to, but he can certainly make good contact, as seen no better when he competed at the PNC Championship three months ago.

Should Woods play at The Masters, it would mark his first competitive outing since finishing second with his son Charlie Woods at the PNC Championship at the end of 2021, but incredibly his first official tournament since the November Masters in 2020 won by Dustin Johnson.

Woods finished tied 38th the last time he teed up at The Masters that year.

Will Tiger Woods make The Masters, or will it come too soon for him? Is an appearance at The Open Championship at St Andrews this summer more likely on the cards? Or will he not play at all this year? Share your thoughts and comments over on the GolfMagic social media channels.